‘I don’t have such powers’: Magashule says he can’t influence who Hawks probe

The suspended ANC secretary-general says he cannot instruct the Hawks to go after the Eastern Cape Premier Oscar Mabuyane. 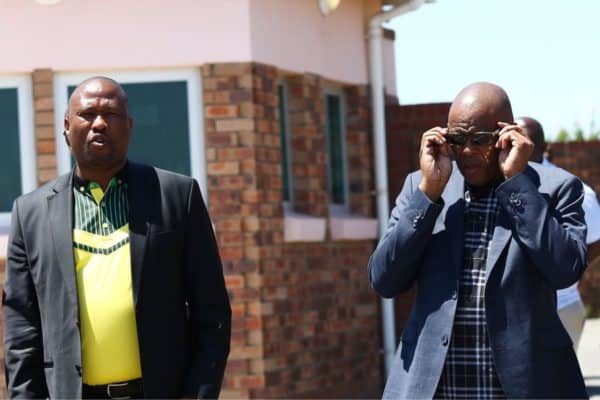 Suspended ANC secretary-general Ace Magashule has seemingly dismissed Eastern Cape Premier Oscar Mabuyane’s claims that he is reason the Hawks have investigated corruption allegations against him.

This is after Mabuyane approached the Bhisho High Court to interdict the Hawks’ investigation into him.

In his papers, Mabuyane claimed the Hawks were being used by his rivals within the ANC to conduct a political witch-hunt against him, which is allegedly influenced by Magashule.

The premier said he believed he has enemies within the ANC because he was in support of Magashule stepping aside from the party due to the secretary-general facing criminal charges.

The ANC Eastern Cape’s chair questioned why the Hawks “resuscitated” the investigation after “Magashule made it a political campaign issue”, further arguing that the unit should explain why it did not investigate the matter when it came into the public’s eye in 2019.

He also questioned why the Hawks’ Free State branch were investigating him, instead of the Eastern Cape unit.

Providing a brief answer to Mabuyane’s claims, Magashule said he did not have powers to instruct the Hawks to go after the premier.

“I don’t have such powers,” Magashule told the media at former president Jacob Zuma’s prayer session in Durban on Thursday.

“[These are] the same people who arrested me,” the secretary-general added.

Hawks head Godfrey Lebeya on Thursday also dismissed claims that their investigation into Mabuyane was “resuscitated”, saying the probe was “never closed at any given stage”.

Lebeya told Newzroom Afrika that the case against the premier was initially registered in the Eastern Cape as an inquiry.

He said the matter was then registered as a docket at Park Road Police Station in the Free State at a later stage.

“That decision comes from head office as to who should conduct the investigation based on certain reasons that shall have been advanced” Lebeya said.

The Hawks head further said that there should be no suspicion as to why Hawks members based at a particular location can investigate matters elsewhere, citing the Durban Solid Waste case as an example.

While the Hawks are set to oppose Mabuyane’s interdict application, Lebeya has indicated that the investigation has already been completed.

Mabuyane, in his affidavit, has asked the Bhisho High Court for an order setting aside the decision to launch an investigation into the allegations against him.

The premier also wants the court to compel the Hawks to provide him with all the information they have against him.

The public protector investigated the matter following a complaint from Buffalo City Metropolitan Municipality resident, Xolile Mashukuca, according to News24.