Fikile Mbalula has been criticised after he blamed coalitions and the SABC for the ANC's poor performance in the elections. 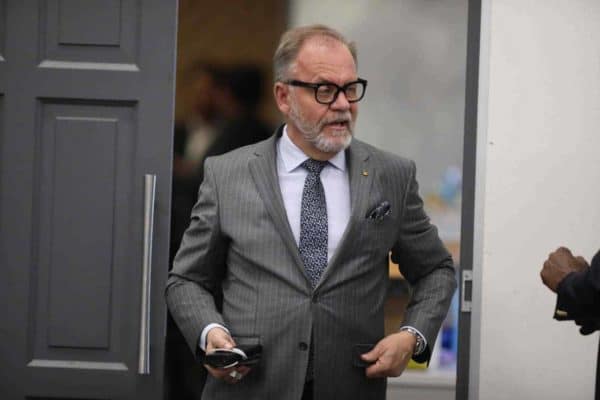 The spokesperson of the disbanded uMkhonto weSizwe Military Veterans’ Association (MKMVA), Carl Niehaus, says he told the ANC that appointing Fikile Mbalula as its head of elections would “end in tears”.

Niehaus took aim at Mbalula after the transport minister was named Mampara of the Week by the Sunday Times on Sunday.

“I do not find any pleasure in saying: ‘I have told you so’, because our beloved liberation movement suffers severely, but I have warned,” Niehaus tweeted on Sunday evening.

Mbalula has been heavily criticised after he shared a series of tweets last week about the ANC’s performance in the local government elections.

He essentially claimed the ANC didn’t lose the elections, but lost control of municipalities because of coalitions between opposition parties.

He then attempted to clarify his stance by saying the ANC had “won Joburg without [an] outright majority but they decided to give Joburg to the DA”.

The following day, Mbalula found another scapegoat for the ANC’s poor performance. He decided to blame the SABC, saying its coverage of the local government elections was to blame for the low voter turnout.

Mbalula focused his disapproval on the public broadcaster’s group executive of news and current affairs, Phathiswa Magopeni, saying the “SABC was a mouthpiece for the opposition”.

Mbabula said the SABC’s current affairs programme, Service Delivery Gauge, zoomed in on governance failures in ANC-run municipalities while ignoring municipalities under the control of the DA.

Mbalula isn’t the only person Niehaus is blaming for the ANC’s loss of support in the elections. Earlier in the month, Niehaus called for the removal of President Cyril Ramaphosa.