‘Sorry Jacob Zuma’ is trending on Twitter, here’s why

Dissatisfaction with President Cyril Ramaphosa's leadership is so high that people believe we were better off in the looting era. 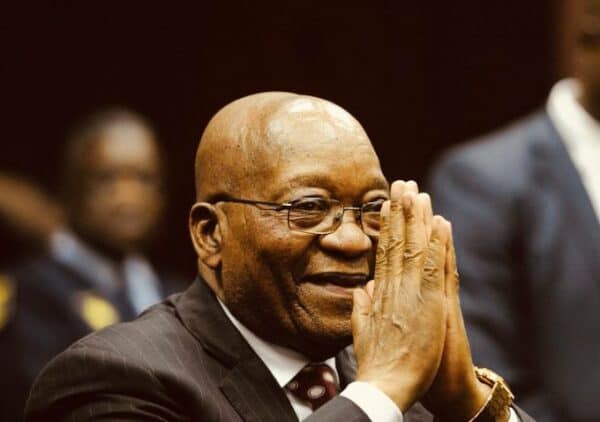 The #SorryJacobZuma trend comes amid increasing backlash and discontent for President Cyril Ramaphosa.

Dissatisfaction with Ramaphosa is at an all-time high, and unfortunately for him, it just so happens that his tenure in the highest office is during one unfolding global crisis after another.

Just two years into his presidency, the world was hit by the global Covid-19 pandemic.

The pandemic worsened the country’s pre-existing problems of unemployment and inequality.

Then came Russia’s invasion of Ukraine, which pushed up food and fuel prices across the world.

These events were not in his control, but thanks to a series of never-ending scandals at home, from the findings in the Zondo commission, which found Ramaphosa complicit in state capture by keeping silent, to his involvement in a robbery cover-up at his Phala Phala farm, some people really believe we were better off under our former problematic president.

The Jacob Zuma Foundation said it would inform the former president about the numerous tweets expressing regret over Zuma’s departure from the presidency.

But, Zuma most likely already knows, if the post by his daughter and arguably most vocal supporter is anything to go by.

In the latest wave of bad press for Ramaphosa, the ghosts of Marikana are back to haunt him.

In 2015, about 329 mineworkers approached the Johannesburg High Court asking that Ramaphosa and Lonmin be held liable for the actions of the police and also sought compensation.

In that judgment which was released last week, a full High Court bench upheld Ramaphosa’s views that “the plaintiffs had not established that the president bore any legal duty”.

However, Judge Frits van Oosten found that Ramaphosa had taken part in, planned and endorsed the cooperation between Lonmin and the police, which had culminated in the deaths, injuries, arrests and detention of the striking mineworkers.

This judgment could open Ramaphosa to personal liability lawsuits from surviving miners.