'If universities refuse to register students on Monday, we will have no choice but to shut down all universities,' said the Tshwane ANCYL chairperson. 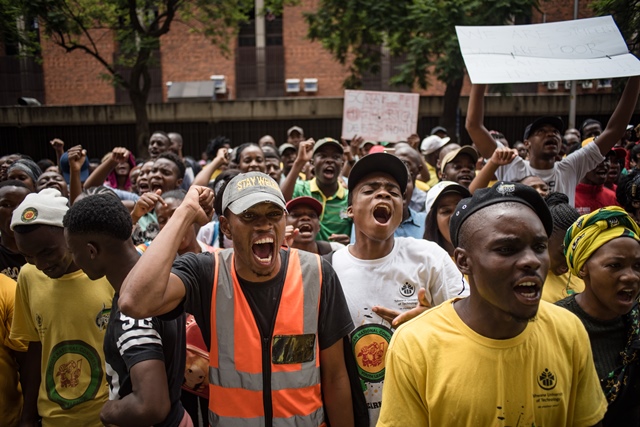 Members of the Progressive Youth Alliance are seen during a protest outside the Department of Higher Education in Pretoria, 13 February 2019. Picture: Jacques Nelles

The Progressive Youth Alliance has vowed to shut down public universities should the institutions continue to bar students from registering for this academic year due to historical debt.

Joined by the South African Student Congress and the Tshwane ANC Youth League (ANCYL), at least 100 students marched to the department of higher education in Pretoria yesterday, to hand over a memorandum demanding the scrapping of historical debt, which has hindered students from continuing with their studies.

TUT and other universities had suspended their classes due to ongoing unrest by students protesting against financial academic exclusion. 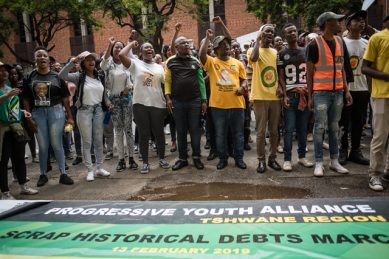 Members of the Progressive Youth Alliance are seen during a protest outside the Department of Higher Education in Pretoria, 13 February 2019. Picture: Jacques Nelles

“We have given government until Friday to respond to us as registration in most universities closes then. Most students have been turned back due to them owing universities.

“If universities refuse to register students on Monday, we will have no choice but to shut down all universities until all students are registered. 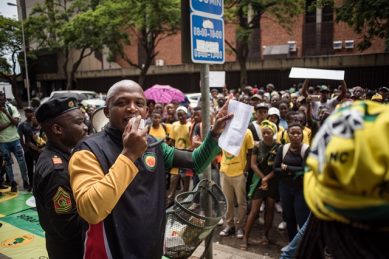 “There is gratitude for free education but we are rejecting free education that does not address historic debt, because it is there to polarise the student communities, and make us fight with each other.

“The activists of the fees must fall campaign cannot be victims of their own struggle,” Tshwane ANCYL chairperson Lesego Makhubela said.

While the National Education, Health and Allied Workers Union (Nehawu) planned to embark on a national strike as TVET college staff and lecturers were apparently exploited by the education department, Makhubela called on government to improve the quality of education in colleges.

“TVET colleges shouldn’t be treated as overflow facilities for universities. Government says because you don’t have marks for universities, you should loiter at colleges. They should improve the quality of lecturers and resources and amenities of learning at those institutions,” he said.