His deputy, Thabang Makwetla, told the parliamentary oversight committee he repaid Bosasa for security installations done at his house. 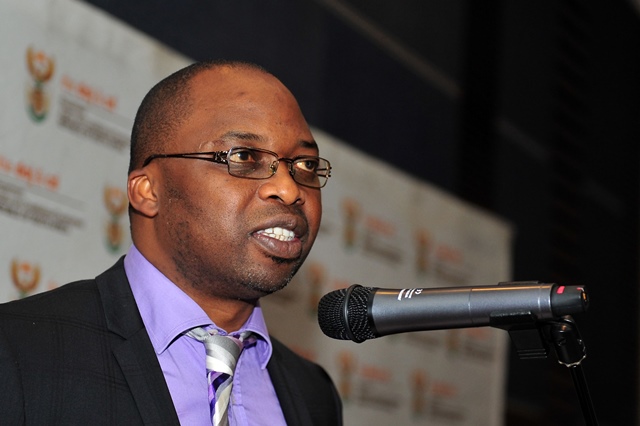 Minister of Justice and Correctional Services, Michael Masutha speaks at the opening of the State Attorney Service Delivery Symposium that was held at the Premier Hotel in Kempton Park on 30 September 2015. Picture: Neil McCartney

Justice and Correctional Services Minister Michael Masutha told the parliamentary oversight committee yesterday that he had spent a weekend at Bosasa boss Gavin Watson’s house, while his deputy said he had paid Bosasa back for security upgrades on his house.

Masutha was responding to a question on whether he had met Watson, saying he met the controversial businessperson at the end of his this three-day stay at Watson’s Port Elizabeth house, when he attended the governing ANC’s Siyanqoba Rally of 2016.

He told the committee that he was not aware who the property belonged to, and that he was refered to it by a fellow parliamentarian because he’d struggled to find accommodation.

The committee also heard that the minister’s deputy, Thabang Makwetla, had repaid Bosasa for security installations the company did at his house.

In September, the deputy minister confirmed that Bosasa – now African Global Operations – installed security features at his house but said Watson had on several occasions refused to invoice him.

Spokesperson Ntime Skhosana said Makwetla was asked by Glynis Breytenbach of the DA about the matter.

Skhosana said: “The minister confirmed on record in parliament that he paid for the installation last year, but further details will be given when he receives an invitation from the Zondo commission [of inquiry].”

He said Breytenbach had pressed Makwetla on the matter and reminded him that there were invoices for the installations, adding that the minister assured the committee that he would never conspire to commit corrupt activities.

Breytenbach confirmed that Makwetla told the oversight committee he had paid for the installations but said they were yet to see proof.

Skhosana said they were yet to receive feedback on Makwetla’s request to appear before the Commission of Inquiry into State Capture to set the record straight.

Last year, Makwetla said during the 2016 festive period he found his house burgled when he returned from Cape Town and he was anxious to have a security system installed, but couldn’t find a service provider as they were still closed for holidays.

When he told Watson about the burglary, Makwetla said the Bosasa boss told him that his company also installed domestic security. “Watson never sent me a quote for the job done,” the minister said.