Malusi Gigaba was ‘facilitator for Guptas at SAA’

The forfeiture of the Johannesburg-Mumbai route to Jet Airways became a key priority for the former minister and his advisor, the state capture inquiry was told. 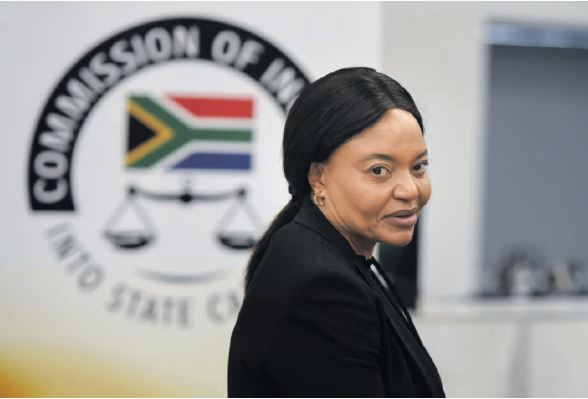 The Commission of Inquiry into State Capture yesterday continued to hear evidence on SA Airways. SA Express CEO Sizakele Mzimela, who had acted as CEO of SAA, testified how former public enterprises minister Malusi Gigaba facilitated the Guptas’ hijacking of a lucrative air route from SAA.

The Johannesburg-Mumbai route was taken over by Gupta-linked Jet Airways.

Mzimela said Gigaba’s advisor Siyabonga Mahlangu gave instructions to SAA executives and verbally attacked her in 2011 meetings in the presence of Gigaba, who kept quiet.

She said Gigaba, who was involved in the day-to-day affairs of the airline, had a special interest in procurement matters.

While executives wanted to brief Gigaba on broad developments at SAA, the forfeiture of the Johannesburg-Mumbai route became a key priority for the former minister and his advisor.

“It (the proposed deal with Jet Airways) was really not the top of our priority list. So it continued to puzzle me. We were taken by surprise at the importance the department of public enterprises was placing on this route.”

Asked by Deputy Chief Justice Raymond Zondo whether Gigaba shared with her any benefits for SAA forfeiting the Johannesburg-Mumbai route, Mzimela responded: “No, chair. He didn’t share anything in that regard.”

She added: “The long and the short of it was that this was the least of our priorities. We had much more urgent issues, which is why in responding to an urgent request to attend a meeting in Cape Town with the minister, at no point did we speculate the meeting would be about the India route.”

At the end of the meeting with SAA, Gigaba tasked the department’s director-general to coordinate further discussions between Jet Airways and SAA.

At two meetings chaired by Gigaba in early 2011 to discuss the route, he implored SAA and Jet Airways “to find each other” and gave instructions for Jet Airways executives to be invited to the meetings.

Mahlangu’s instructions for SAA and Jet Airways to seal the route deal were contrary to that of the board chaired by Cheryl Carolus, who opposed to the move, Mzimela added.