Angelo Agrizzi to publicly apologise for false testimony at commission

Zondo says the former COO acknowledges that he made an error when he said a former correctional services official had received bribes from Bosasa. 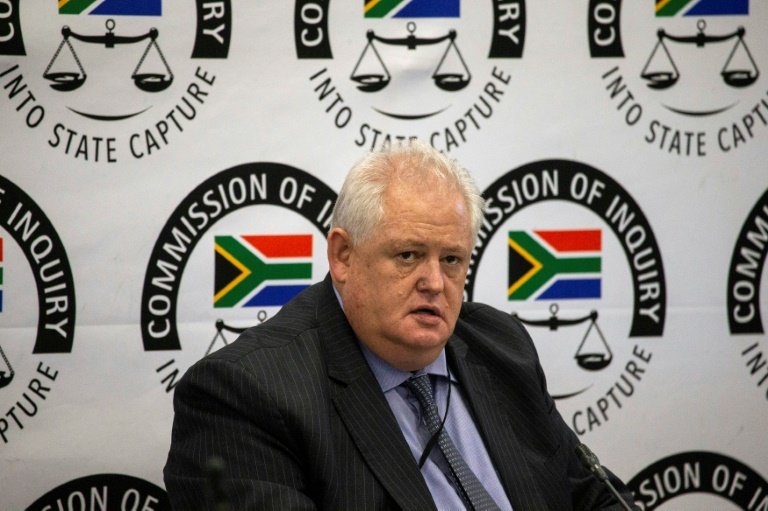 The former Bosasa COO is expected to return to the commission of inquiry into state capture to publicly apologise for giving incorrect testimony that a former department of correctional services official had received payments and bribes from the controversial company and its related entities.

During testimony earlier in the year, Agrizzi mentioned or suggested to the commission that official Jabulile Sishuba had been one of the officials to receive payment from Bosasa.

On Tuesday, the chairperson of the commission, Deputy Chief Justice Raymond Zondo said Sishuba had filed an application with the inquiry, requesting that an order be made that Agrizzi should be called back to the commission to give evidence and to state that she never received any payments or bribes from Bosasa or its related entities or that, if he was unable to do so, Sishuba sought leave to cross-examine Agrizzi.

Zondo said Sishuba’s application was given to Agrizzi who subsequently responded in an affidavit and “made it quite clear” that he had erred.

Furthermore, Agrizzi indicated that the error was a result of his “confusion”, Zondo said, adding that he apologised for the mistake and said that should he return to the commission he would make it clear Sishuba did not receive any bribes from Bosasa.

Sishuba acknowledged Agrizzi’s admission but took issue with him saying he had erred because of the line of questioning by the commission’s evidence leader on the said day, advocate Paul Pretorius, saying this explanation indicated that the former Bosasa COO was not taking responsibility for the error, Zondo said.

The chair added that Sishuba wanted Agrizzi’s apology to adhere to the terms she had outlined.

Following Agrizzi’s acknowledgement and apology, Sishuba indicated to the commission that she no longer sought to cross-examine him but wanted to be granted an order that would compel Agrizzi to return to the commission and apologise according to the terms she had outlined, Zondo said.

Zondo said Agrizzi was going to return to the commission and give evidence and be cross-examined, adding that Agrizzi had said he was prepared to state that he had made an error in saying that Sishuba received bribes and would apologise for the mistake.

The chair added that Agrizzi also indicated that he took full responsibility for the error.

Zondo said since Agrizzi had undertaken to admit and apologise and had taken full responsibility for the error, “I see no reason why I should make an order compelling Mr Agrizzi to come and do what he plans to do anyway”.

He said he was unable to accede to Sishuba’s request because he was of the view that it was enough that Agrizzi acknowledged his mistake, took full responsibility, and would publicly apologise at the commission.

Zondo said he accepted that Sishuba was justified in bringing the application.