The commission claims to have contacted Fraser's attorney in August last year following his statements that he would disclose secrets about presidents and judges. 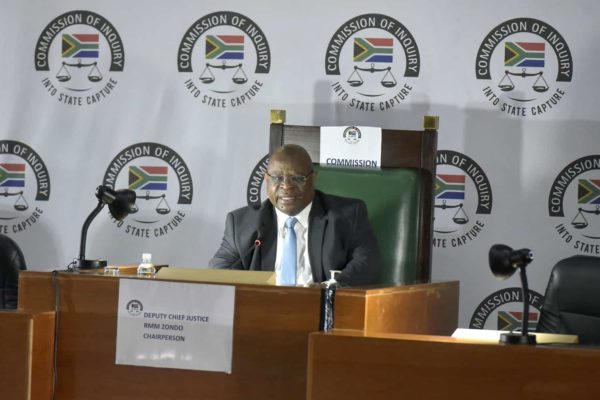 The Commission of Inquiry into Allegations of State Capture has rubbished claims by former prisons boss Arthur Fraser that he was never given a chance to give evidence before the commission.

In a letter addressed to the panel chaired by former Judge of the International Court of Justice Navi Pillay, on Tuesday, Fraser accused the commission of denying him the opportunity to give evidence, defend himself against witnesses who had implicated him and cross-examine witnesses at the commission.

He claimed people who had been implicated in less serious crimes were given the opportunity to testify.

This, he said, showed Deputy Chief Justice Raymond Zondo’s lack of impartiality, and would therefore make him a bad choice for the country’s next chief justice.

“The fact that in three and a half years, Deputy Chief Justice Zondo did not even find a day for me to testify, demonstrates his lack of impartiality,” wrote Fraser on why Zondo should not be appointed to the position.

However, in a statement on Thursday, the commission rubbished Fraser’s claims and said he had been the one who never came forward despite public invitations by the commission between February 2018 and 2020, to past and present directors-general and ministers who had knowledge of corruption to do so.

“The Commission does have an application by Mr Fraser for leave to cross-examine certain witnesses, which should have been decided about two or so months ago, but was not because Mr Fraser filed comprehensive written submissions at the time, which needed to be considered. That application is to be decided shortly.”

The commission further claims to have contacted Fraser’s attorney in August last year following his statements that he would disclose secrets about presidents and judges.

His attorney was allegedly uncooperative and told the commission’s investigators that he would use his “own channels and methods” to share the information.

The commission has affidavits to confirm the incident.