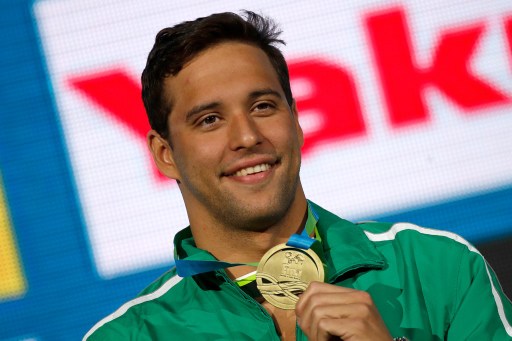 Eager to get his 2017 campaign under way, swimming star Chad le Clos said he was delighted to reveal his new coach on Friday, confirming renowned Italian mentor Andrea di Nino would work with him this season.

“His coaching record is second-to-none, and I look forward to our journey together.” The 24-year-old swimmer was admittedly disappointed after he failed to earn a gold medal at the Rio Olympics last year, returning home with two silvers. Having since split with long-time coach Graham Hill, however, and moving his base from Durban to Cape Town, Le Clos bounced back with renewed vigour to bag three gold medals at the World Short-Course Championships in Windsor in December.

Ahead of his next major assignment at the World Aquatics Championships in Budapest in July, Le Clos believed Di Nino was the right man to help him regain his best form in the long-course format. “I need to continue to improve to achieve my goals in swimming, and Andrea is the perfect person to coach me in this next stage of my career,” he said.

Le Clos also confirmed that Australian Robert Hurley, a former short-course world-record holder in the 50m backstroke, had been appointed as his performance manager and would report to Di Nino. Hurley would also run the elite and development squads at the recently launched CLC Swimming Academy in Cape Town.