The Proteas ODI captain admits he was more than happy to let his 'impressive' young all-rounder guide them to victory in Hamilton. 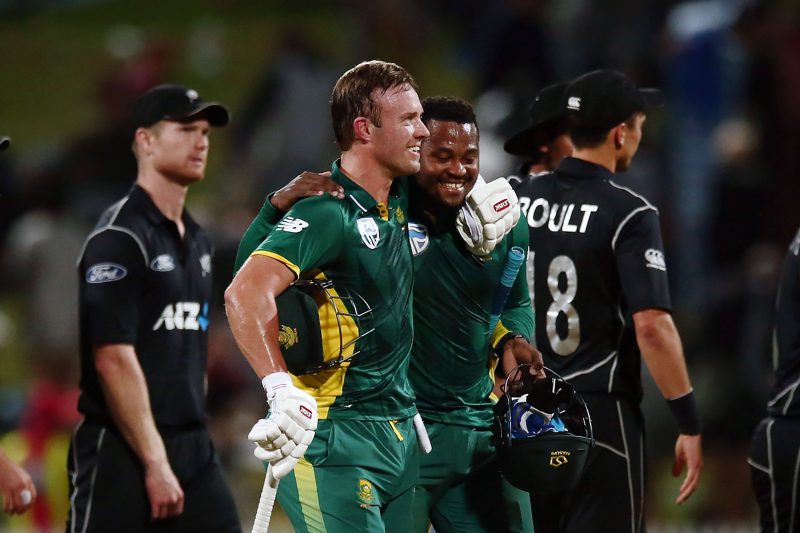 Andile Phehlukwayo is only 20-years-old and has only 11 One-day International caps to his name.

Yet already he’s relegating a player of AB de Villiers’ calibre to being the junior partner in a batting partnership.

And if you don’t believe it – the Proteas ODI skipper admitted so himself.

Phehlukwayo, like he did in a wonderful debut series against Australia late last year, once again has the local cricket fraternity buzzing.

The uncannily calm all-rounder hit a brilliant, unbeaten 29 off 23 deliveries on Sunday to help a nervy South Africa over the line in the first ODI against New Zealand in Hamilton.

In a decisive seventh-wicket partnership of 54 off just over 7 overs with his captain, Phehlukwayo wasw truly the big cheese.

“I was giving it my best shot to score a boundary and it was just too tough for me,” said De Villiers.

“It was just so difficult. My thinking then was to not face any dot balls and make sure I keep rotating the strike. Cricket works that way.”

It also meant De Villiers had to trust his young partner and, to his eternal credit, did so.

“Andile was hitting it pretty sweet,” said the Proteas captain.

“It was very impressive the way he played. There’s a lot of talent in that young man. I’m looking forward to seeing him grow into a really good cricketer.”

Not only was Phehlukwayo’s sheer calmness impressive but his ability to quickly adapt to a “strange wicket”.

“He was one of the few players on the night that could pick up the pace of the wicket and let it come to him,” said De Villiers.

“Andile played the ball really well under his eyes.”

Despite gaining a 12th consecutive victory in the format – a South African record – the Proteas clearly weren’t impressed with the conditions.

“Experience-wise it was 10 out of 10 to be put under pressure like that with the bat in hand. Conditions-wise? Zero out of 10. I don’t think we’re going to face any conditions like that in the UK,” said De Villiers.

“I didn’t see the ball turn that much when we bowled. Not for a second were we in control. Our two openers gave us a really good foundation, but I felt they were the toughest conditions I’ve ever played in.”