Lightning Akani Simbine is the fastest man ever in South Africa 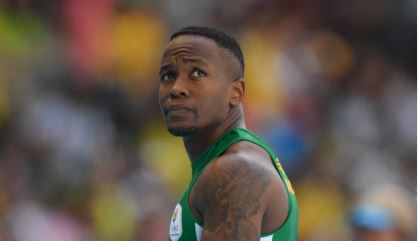 The Olympic 100m finalist clocked 9.93 seconds in his first race of the year, just 0.04 outside his national record in the short dash.

It was the fastest time ever run on SA soil, and the quickest run anywhere in the world this early in the season, with no athlete having gone faster than 9.94 before April.

Though he was expected to focus on one event at Tuks Stadium, Simbine opted to turn out in the 200m as well later in the day, and went on to shatter his personal best by 0.21 as he secured victory in 19.95.

He climbed to third place in the SA all-time list in the half-lap sprint behind Anaso Jobodwana (19.87) and Wayde van Niekerk (19.94).

The 23-year-old rocket became only the second South African to break the sub-10 and sub-20 barriers in his career, after Van Niekerk achieved the feat last season, and he racked up a unique record by becoming the first SA athlete to dip under both marks on the same day.

The 19-year-old speedster, who competed at last year’s Olympics, clocked 20.10 to take second place behind fellow Tuks athlete Simbine. He chopped 0.06 off Riaan Dempers’ previous SA mark, which had stood for nearly 22 years.