The Olympic silver medalist, who two years ago was nowhere, continues to showcase what an immensely talented athlete he truly is. 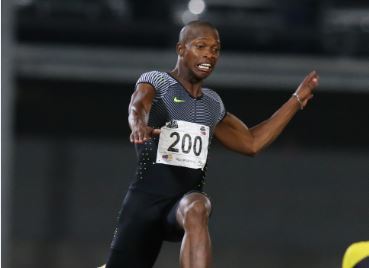 After opening his season with a leap of 8.46m at the Speed Series meeting in Bloemfontein last week, Manyonga launched a massive 8.62m jump with his first attempt at Tuks Stadium.

The 26-year-old athlete, who returned to competition last year after a four-year hiatus due to a doping sanction and recreational drug addiction, shattered his personal best of 8.48m, set late last year, as well as Khotso Mokoena’s eight-year-old continental record of 8.50m.

He climbed into a tie for 12th place in the global all-time rankings, producing the longest leap in the world since June 2009.

Already tipped as a potential world record holder, Manyonga inched closer to the mark and was just 33cm shy of the 26-year-old global mark of 8.95m held by American Mike Powell.