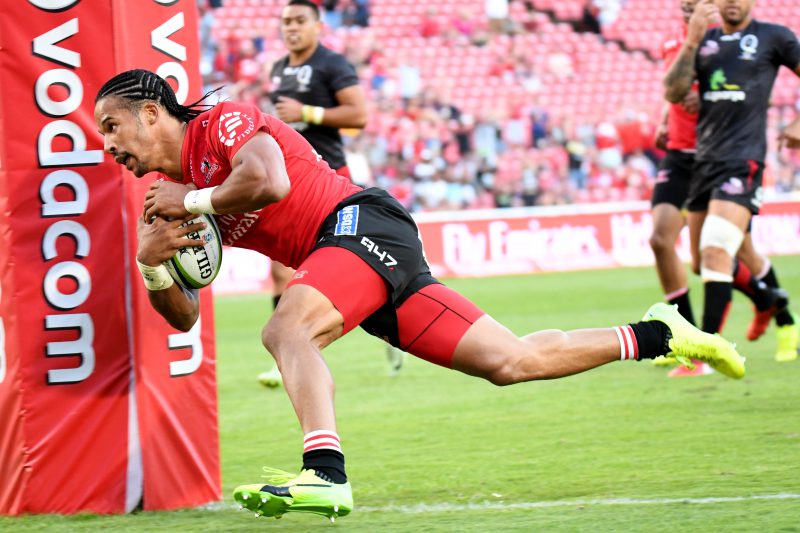 But his recent rise to Super Rugby stardom hasn’t come as a major surprise to the brains trust at the union.

Skosan’s four-try, Man-of-the-Match heroics against the Reds at Ellis Park deepened the burning question about why he is not a Springbok already.

Also read: The Lions roar in our Super Rugby XV for the week

“He trains extremely hard and I am so glad for him,” said De Bruin.

“It’s fantastic when a winger in any game scores four tries. But he also had to work for them, so in my opinion it was his night.”

De Bruin said however there were still things to work before their away game to the Kings this weekend, despite their 44-14 victory over the Australians.

“Seven tries were great, but it could have been a few more.”

Skosan’s haul of tries means he becomes the first Lions player to score four tries in a Super Rugby match after eight Cats (the combined Lions and Cheetahs side at the turn of the century) and Lions players had shared the previous record of three.

“Courtnall is a special player, he is a great guy to have in the backline and he is a leader.”

On the other wing, Madosh Tambwe came close to scoring on at least three occasions in his debut match.

“Madoshie is something else, he is going to play many more games,” said De Bruin, with a big smile on his face.

“Tambwe is still young at 19 and he will grow. He must just keep on working on what he has already shown.

“There is definitely a couple of things to work on but there are special qualities that are waiting to be unearthed.”