The top pretenders to the Two Oceans throne

From Hendrick Ramaala to Caroline Wostmann, this is your definitive guide to the favourites in this year's race. 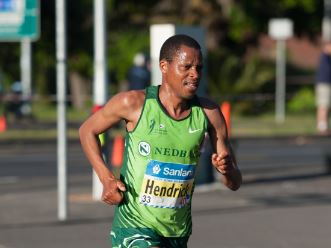 Hard-fought races are expected among the elite men and women on Saturday, with a powerful international juggernaut preparing to launch an assault on the local favourites at the Old Mutual Two Oceans Marathon in Cape Town.

Here are some of the elite athletes to watch as they target prestigious titles at the 48th edition of the annual 56km ultra-marathon.

A former winner of the City2City ultra-marathon in Gauteng, Kekana is one of South Africa’s most experienced road runners. Having secured the All Africa Games marathon title in Abuja back in 2003, the veteran athlete has since had a topsy-turvy foray into ultra-marathon racing. He earned his only Two Oceans gold medal when he finished eighth in 2013, but after displaying impressive form this season, he could lead the SA charge.

Lightning fast at his best, Ramaala is a two-time former World Half-Marathon Championships silver medallist and a winner of the popular New York Marathon. Though he has lost some of that speed in his veteran years, he remains a formidable competitor. He finished second on his Two Oceans debut in 2014, and after settling for 17th place in 2015, he returns for another crack at the prestigious title.

The defending champion boasts an impressive standard marathon CV. Fokoroni finished 11th at the 2008 Beijing Olympics (in a personal best 2:13:17) and 16th at the 2007 World Championships in Osaka. Having made a successful step up to ultra-distance events, earning five Two Oceans gold medals in the last seven years, he will be confident of retaining the title he won last season.

One of the most consistent ultra-distance runners in the world in recent years, Makaza won the global 50km title in 2010 and 2014. A four-time Two Oceans gold medallist in the last five seasons, he took second place in 2015 and 2016, and he will again be among the favourites to lift the crown in the Mother City.

Another athlete with a solid background over shorter distances, Mosuhli clocked 2:14:03 at the 2008 Durban City Marathon, and though he competed at the 2008 Beijing Olympics, he dropped out before the halfway mark. With five Two Oceans gold medals, and three podium finishes to his credit, his experience at the annual race will make him a formidable challenger for his maiden crown.

Though she stands a chance of becoming the first athlete since Lesotho’s Angelina Sephooa in 1999 to earn three straight Two Oceans titles, even Wostmann admits it may be beyond her reach. Her winning times in 2015 and 2016 were among the slowest since the turn of the century, and her cautious approach with a late kick might no be enough this time. However, should the leaders faulter in the chase for the line, Wostmann will be lurking in wait.

A former Olympian in the standard marathon, Maxwell brings a wealth of experience over shorter distances. The veteran athlete finished third at Two Oceans in 2015 and second last season after being caught by a charging Wostmann, and she will be eager to take another step up the podium.

Like Wostmann, Challenor was a late starter to the sport, and after being sidelined for most of last year with a knee injury, she should bring a dangerous pair of fresh legs to the race. Boasting a 2:37:12 marathon personal best, Challenor will make her ultra-marathon debut, and if she can go the distance she should be in contention.

If the woman’s race has a dark horse, Damantsevich is it. She has an impressive pedigree, and her marathon career best of 2:30:07 was set in Warsaw just two years ago. She finished 45th in the 42km race at last year’s Rio Olympics, and she too could bring another element of speed to the race up front, in her maiden attempt over the ultra-marathon distance.

Having finished second in 2013, Tsatsa was promoted to the list of winners after Russian athlete Natalia Volgina was disqualified for doping. Holding a sub-2:30 personal best over the standard marathon distance, which was clocked nine years ago, the veteran athlete will be confident of earning her third gold medal.