It was a ‘normal day of controlled chaos’ at the Comrades

The gruelling race's doctor reveals there were no major medical issues at this year's edition at the weekend. 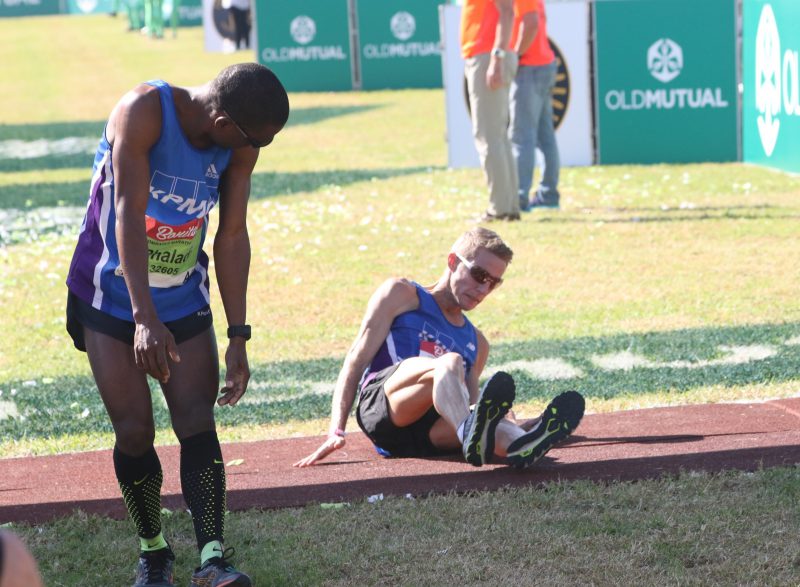 Though 400 runners were assisted in the medical tent at the finish, and 90 were treated in hospital, all of them were on the road to recovery and the majority had been discharged within 48 hours of the end of the Comrades Marathon, race organisers revealed on Wednesday.

“We treated about 2.6% of the field, which is just slightly above average, considering that it was quite a hot day,” said race doctor Jeremy Boulter.

The 92nd edition of the race had attracted over 20 000 entrants, and 17031 runners had lined up at the start of the 86.7km ‘up’ run between Durban and Pietermaritzburg on Sunday.

A total of 13 852 participants completed the race within the 12-hour time limit.

While some runners complained about a few of the refreshment tables running out of water, temperatures at the finish had peaked at 23 degrees, and Boulter said there were no major medical issues on the day.

“It was a normal day of controlled chaos. We are happy to confirm that all runners are doing ok,” he said.

All but three participants had been discharged by Tuesday afternoon.

The majority of athletes who were assisted by the race’s large contingent of medical staff and volunteers, as well as local hospitals, had been treated for dehydration.