National coach Norma Plummer lauds the Brutal Fruit Premier League but believes it needs to be expanded to make a real impact. 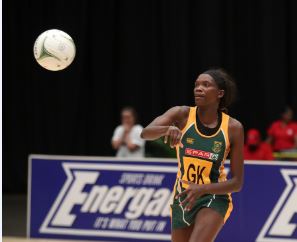 While she was pleased with the general level of play in the Brutal Fruit Netball Premier League play-offs, national coach Norma Plummer called for further expansion of the annual campaign.

The semi-professional league, launched in 2014, was initially confined to Pretoria, but this year’s series was held in Durban, Cape Town and Bloemfontein.

Plummer, however, felt the six-week competition would need to be extended in order to see significant improvement in the Proteas squad, after the Australian-based mentor turned out to watch the last few rounds.

A 26-member provisional national squad was announced by Netball SA on Tuesday, ahead of a camp in Pretoria next month in the build-up to the international season.

The training group included 11 of the 12 Proteas squad members who competed in the team’s last match against New Zealand in February, when they had ended their inaugural four-nation Quad Series campaign without a win.

“I think the standard of play has improved, but South Africa actually need more intensive competitions like this if they are to challenge the top four teams in world netball,” she said.

Plummer warned that some of the national squad members would need to sharpen up ahead of a training camp next month. “I watched the Proteas closely, and some of them were a bit under par, and will have to put in some hard work.”

“We want to have a look at the top players ahead of an international season that includes the Quad Series, the Diamond Challenge, and two Tests against Fiji,” said Proteas head coach Norma Plummer.

National captain Bongi Msomi was one of four players who were included in the provisional squad despite missing the Premier League, as they were competing in other top-flight campaigns around the globe.

Msomi turned out in the English Super League, where she was named Player of the Match after helping the Wasps lift the title in Sunday’s final, while Lenize Potgieter competed in New Zealand, and Erin Burger and Karla Mostert were in action in Australia.

Plummer, however, had been in contact with their coaches and had seen footage of some of their games, and she was pleased with their form.

“They have been playing at the highest level, and they will bring that experience back to the rest of the team. They will set a benchmark for the other Proteas,” she said.