Luvo Manyonga won’t be out of action for very long 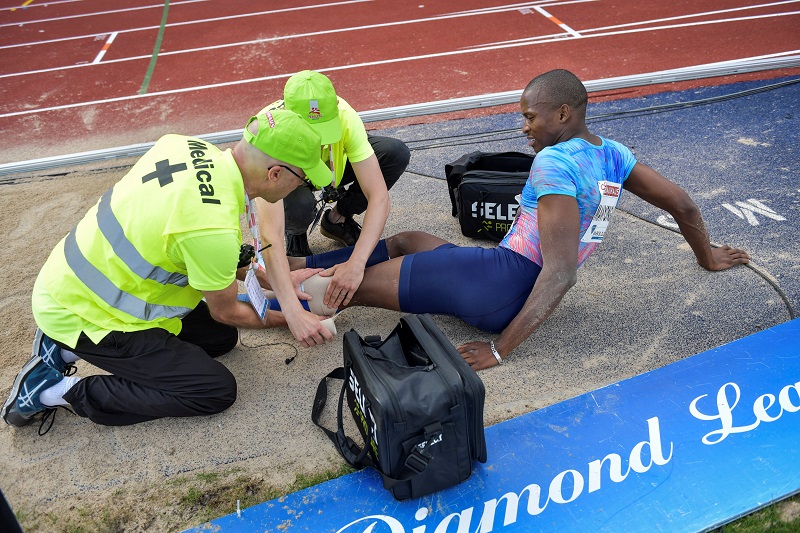 Luvo Manyonga ended his performance in Stockholm in some discomfort but is fine. Photo: Jessica Gow/ TT News Agency/ Reuters.

Long jumper Luvo Manyonga has been cleared of a major injury scare and the national record holder is expected to return to action next month.

While his management team had revealed earlier in the week that it was expected to be “nothing serious”, Manyonga had been taken for a scan as a precaution after returning home with an ankle niggle from an unbeaten European tour.

Also read: Wayde van Niekerk is in a league of his own

Any remaining fears within his camp were swept aside after he was given the green light in the build-up to the World Championships in London in August.

“Manyonga has only sustained a slight ankle injury and is already busy with rehabilitation,” his team confirmed in a statement on Thursday.

The 26-year-old Olympic silver medallist had experienced some pain in his left ankle after landing awkwardly with his final attempt in Stockholm last week, where he extended his Diamond League series lead over second-placed countryman Ruswahl Samaai.

With no major cause for concern, however, it was confirmed he would turn out again at the 10th of 14 legs in the Diamond League campaign in Rabat on July 16.

Manyonga (8.65m) and Samaai (8.49m) were ranked first and second in the world in the long jump this year, with Zarck Visser (8.22m) and Khotso Mokoena (8.19m) lying seventh and 11th respectively, as the battle continued for three available places in the SA team at the global championships.