The top contenders for the glitzy Cape Town Marathon

Elroy Gelant and Irvette van Zyl headline the local favourites in a field that will be thrillingly competitive. 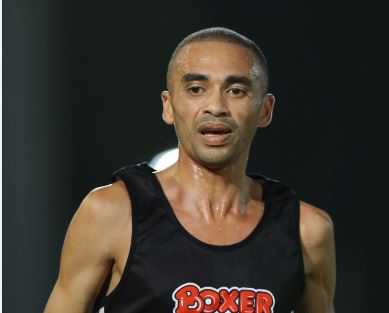 The only road race in Africa to hold IAAF Gold Label status, organisers are hoping a flatter and faster course will produce faster times at the prestigious Sanlam Cape Town Marathon on September 17.

Another world-class field has been announced.

Here are some of the contenders:

Last year he broke clear in the latter stages of the race to win in 2:08:41, setting a personal best and clocking the fastest time ever run on a standard 42km course in South Africa. He went on to fire a warning at this year’s field by finishing seventh at the London Marathon in April in 2:10:04.

Boasting a career best of 2:07:46, which he set to finish seventh at the 2014 Dubai Marathon, Milaw is the fastest man in the line-up. He displayed good form by clocking 2:11:36 in Stockholm in June.

An experienced athlete over the classic distance, Maiyo was fourth at last year’s Eindhoven Marathon, setting a career best of 2:09:25. He has dipped under 2:12:00 three times in the last six years and set a season’s best of 2:14:38 in Mumbai in January.

A consistent performer in the marathon in recent years, Mutai clocked his best time of 2:08:01 in Cologne in October 2012. He has dipped under 2:10:00 for the last three years in a row and will line up among the favourites for the title.

Possessing a dangerous burst of speed, Gelant will make his 42km debut. He set the national 5 000m record of 13:04.88 in Hengelo last year, and he offered a glimpse of his potential over the longer distance on the road when he finished 13th in a personal best of 1:01:10 at the World Half-Marathon Championships in Copenhagen in 2014.

The Cape Town-based foreigner took a surprise win last year, clocking 2:36:13 in only her second appearance over the 42km distance. She went on to finish 18th in 2:33:56 at the London Marathon in April, and Jones will be eager to go even faster as she returns to defend her title in the Mother City.

An experienced athlete at the age of 37, Kiprop set a personal best of 2:23:54 in Frankfurt in October 2011, which makes her the quickest woman in the field. She has dipped under 2:28:00 in seven of the last nine seasons, and she set a respectable season’s best of 2:29:54 in Dongying in May.

The former Commonwealth Games 10 000m silver medallist has a world-class pedigree over shorter distances, and she set a half-marathon personal best of 1:08:49 in Rabat in April 2011. Though she has not yet run quicker than 2:31:50 over 42km, she remains a real prospect if she is in her best form.

After a breakthrough season last year, Van Zyl has struggled to find her best form this year, while battling with injury troubles. Holding a career best of 2:31:26, which she set at the London Marathon in 2013, Van Zyl will hope to prove she still has the potential to shine over the 42km distance.