Hammer blow final nail in a week to forget

It would be seriously understating the case to say that the Fearsome Fireman had a less than satisfying week.

The Fireman, a regular member of the usual gathering, had gained the “fearsome” tag more for the flash spontaneity of his cracks than any inherent aggression, had been dealt a full house of spades in the poker game of life.

First up was a slip at work that, while painful at the time, had not seemed that serious until he was overtaken by a breathlessness and a stabbing pain in the rib cage, started causing him some discomfort and concern. A trip to hospital in an ambulance and a round of X-rays followed, eventually revealing two cracked ribs as the source of the pain.

“Something you have to live with like it or not,” said the Fireman. “Did it hurt?” asked one member of the assembly. “Only when I laughed … or breathed,” was the immediate retort. And, as is generally the case, inconvenience seldom happens in isolation. This was followed by the Fireman managing to snap one of the legs off his bed as he – vainly – attempted to heave himself upright, resulting in a frantic call to a Mr Fixit so that he was not forced to lie at an inconvenient and uncomfortable tilt.

A desperate and ultimately costly exercise in damage limitation. But no sooner had the Fireman’s ribs begun to ease than his laptop began to display signs of an inner electronic dyspepsia which caused the inanimate object showing distinctly human signs of sulkily refusing to work.

“I am,” he declared, “thinking strongly of applying for a gun licence … not for use on me or my mates, but the IT department and the (expletive deleted) machine come to mind as targets”.

Having got that off his chest, his portion on the debate in the build-up to the Rugby Championship Test between the Springboks and the All Blacks at the North Harbour stadium in Albany took centre stage and had some palliative effect on forcing the Fireman’s personal travails. “I see from the reports that the Boks have a real chance of getting some of their own back after last season’s 57-15 drubbing in Durban,” he said. “I certainly hope so.”

For a while the Fireman remained primarily locked into football’s English Premier League and a lifelong supporter of West Ham, the Springbok winning streak this season had caught his imagination and relaunched his support for the rugby team.

It only remains to be noted that, along with the rest of the gathering, the Fireman’s lips became increasingly pursed with frustration as the New Zealand storm gathered more venom than a Caribbean tornado and wreaked an eight-try swathe of devastation across South African expectations, racking up a 57-0 whitewash in the biggest hiding the Boks have suffered in their 111- year history. But ever the optimist, the Fireman tried to put a brave face on a recent history of disasters. “Well,” he said.

“There is always this afternoon’s Hammers match to look forward to. Surely they can turn things around and beat West Brom.”

True to form though, the best West Ham could manage against the Baggies was a goalless draw, leaving the Fireman’s favourite team perched precariously above the bottom three, but at least not in the doldrums the Boks now find themselves in. 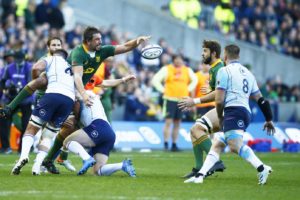 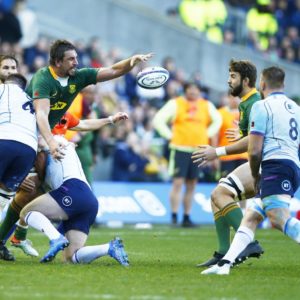