It should be more inclusive and bring in the teams from the inaptly-named 'First Division' to have a crack. 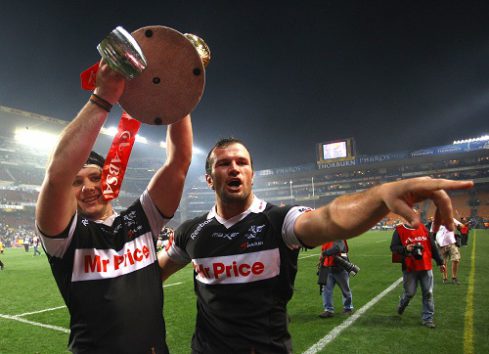 Let us settle the arguments once and for all before the first whistle marks the start of today’s Currie Cup final at Kings Park: the best teams in this year’s competition rose to the top.

That might not please all the fans out there, but it is difficult to argue with the realities of win-loss statistics – and that is how most competitions are judged, after all.

But in the age of the iPad, the lines girding tradition to the demands of instant gratification are starting to be stretched paper-thin and the aging frame of the Currie Cup is badly in need of a nip and tuck.

Certainly, the reasoning behind the philanthropy of Sir Donald Currie donating a magnificent golden trophy to the 1891 British Lions to be presented to the South African team who gave the tourists the best game, and the adoption of the cup as the cornerstone of this country’s rugby ethic have changed dramatically over the years.

For the historical record, that award went to Griquas for a narrow 3-0 loss. They then handed it over to the South African rugby authorities and the following year Western Province became the first holder of what became a floating trophy.

A legendary dynasty of competition was established. That status has been battered by the demands of the modern professional game – international demands, Springbok training camps, the rigours of Super Rugby, Pro14, where the Cheetahs and the Kings compete in Europe and one of the oldest provincial championships tagged on at the end almost as an afterthought.

And that’s without factoring in the Varsity Cup, which has breathed new life into the game at university level. There is simply too much rugby and the thinking has to change at all levels.

The Currie Cup is where this makeover should start. SA Rugby have already made the cardinal error of trying to spin a “qualifying series” as part of the competition proper.

It fooled nobody and lent a tawdry feel to proceedings. Perhaps the starting point should be to limit the Currie Cup to players outside international and Super Rugby, make the competition the arena for growth and development in the local game.

Perhaps it should be more inclusive and bring in the teams from the inaptly-named “First Division” to have a crack.

Neither ideal, but something must be done.