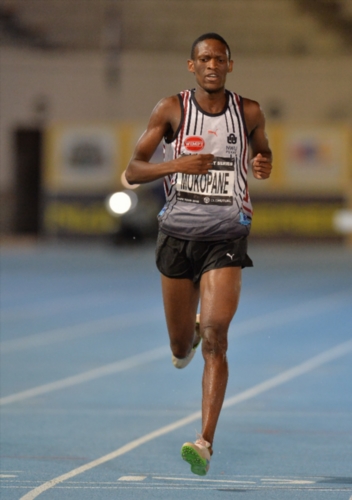 Steeplechase specialist Rantso Mokopane and youth athlete Nicole Louw stunned some of the country’s top middle-distance athletes to win the men’s and women’s races at the Tembisa Street Mile on Sunday.

Mokopane, who earned the silver medal in the 3 000m steeplechase at the recent World Student Games, dominated the annual 1.609km battle through the streets of the East Rand township, securing victory in 4:06 and equalling the men’s race record set by Jerry Motsau last year.

Motsau was edged into second place in 4:07. Meanwhile, 16-year-old Louw outclassed her senior opposition to take the women’s title. Louw, who finished fifth in the girls’ 1 500m final at the World U-18 Championships earlier this year, crossed the line in an unofficial time of 4:51.

Earlier, Namakoe Nkhasi of Lesotho had coasted to his third straight win in the men’s 10km race. Nkhasi completed the event in 29:36, and though he was 10 seconds outside his own course record, he crossed the line 12 seconds clear of David Manja.

National champion Elroy Gelant ended third in 30:02. In the women’s 10km race, Mamorallo Tjoka ensured a double victory for Lesotho, taking the win in 34:50 to clip one second off the course record previously held by Zimbabwean athlete Rutendo Nyahora.