It's business as usual on the opening day. 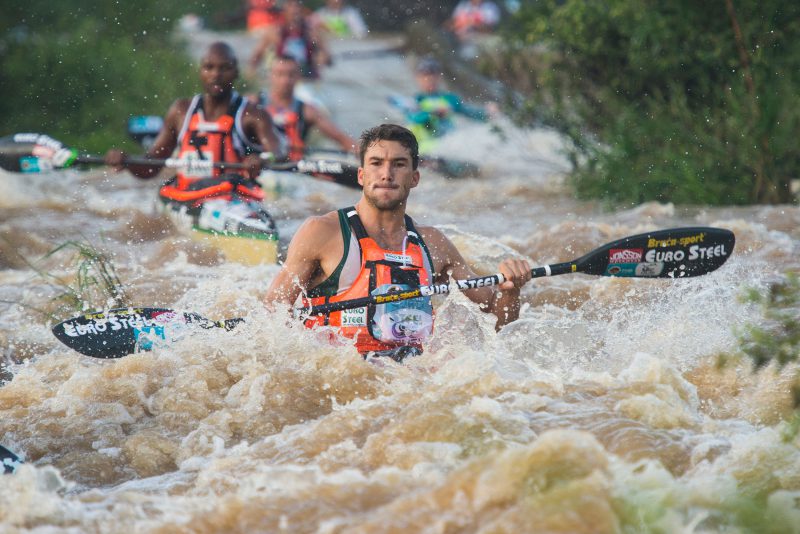 Firm favourites Andy Birkett and Hank McGregor stormed clear on the opening day of the annual river race on Thursday, surging to a comfortable lead in the Dusi Canoe Marathon in KwaZulu-Natal.

Seven-time winner Birkett and world champion McGregor completed the first stage of the 124km contest in 2:41:11, nearly two minutes ahead of former winner Siboniso Khwela and Siseko Ntondini, who finished in 2:43:07.

Former world champion Adrian Boros and Carl Folscher were edged into third spot in the K2 contest, one second further back.

Meanwhile, sisters Jordan and Cana Peek made a spectacular comeback after swimming at Ernie Pearce weir.

Despite losing touch with the leaders and slipping back to eighth place, they charged through the field to win the first stage in 3:12:32.

Jenna Ward and Hungarian partner Vanda Kiszli were lying in third position in the three-day battle.