Nowhere to hide from these verbal bouncers

It has become something of an in-joke; simply sneak up behind Mike the Mechanic, whisper the word “Proteas” in his ear and you can literally watch the steam coming from his ears.

The Mechanic is, you must understand, passionate about sport and one of those South Africans who proudly carry their patriotism on both sleeves.

It might be mentioned at this juncture that when his team loses – and spread across a backdrop of dismal rugby and cricket results of recent history – his language becomes both forceful and of the variety more than likely to scare the children and the horses.

The Mechanic, a regular and welcome member of the usual gathering, had taken some satisfaction from the South African women’s side claw back a five-wicket T20 victory from their touring Indian counterparts mainly thanks to the career-best 5/30 figures of diminutive Protea quick Shabnim Ismail.

“Great to see any Indian side get a klap,” the Mechanic noted of the win at the Wanderers.

“They showed that there is some truth in the old saying that if you want a man’s job done, get a woman. But the fact remains that our women are still 2-1 down in the five-game series. It makes me angry.”

And standing in the flight path when the Mechanic’s dander is revved up to approach the red line is something of a hazardous position to place yourself in.

In short, the man has a temper.

This was not lessened in the least by the start the Proteas bowlers lay like a leaden shroud round the team as the Indians got cracking with getting the runs on the board after coming out to bat.

The Mechanic raised his arms in supplication and ran his hands over his close-cropped scalp. “No man,” he loudly entreated everyone in earshot.

“You just can’t offer the Indians any width at all or bowl them half-trackers on middle and leg. They’ll murder you.”

This was followed by a string of expletives which would have had a salty sea captain hard-pressed to match.

“We don’t seem to have learnt anything at all during what was a positively disastrous one-day series. We have bowled ineffectually most of the time, fielded abysmally and batted particularly below the standard we have come to expect.

“There have been volumes of criticism, I think in many cases rightly, about the pitches which have been prepared for the tourists, but with a few exceptions their bowlers have been dead on track and their batsmen have gone out and got the runs when the Protes have looked like a disorganised rabble.

“I also know injuries have played a part, but surely the team management must start to shoulder some of the blame.”

It was a telling point and was greeted with a round of sage nods as making sense as a synopsis of a side clearly at odds with itself.

But as the now familiar sight of one South African batsman following another at the Wanderers with the monotonous rhythm of a nagging metronome, the Mechanic’s neck took on the colour of a desert sunset … and his language notched up several significant brackets in intensity and flavour, so much so that a quick glance around showed not a horse or a child above the horizon.

Can SA's struggling Olympic stars turn things around?
8 hours ago
8 hours ago 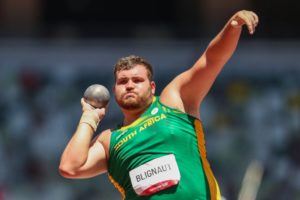 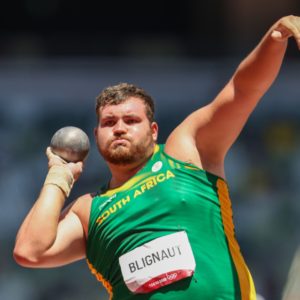 Looking forward: SA stars on the rise ahead of Paris Olympics
1 week ago
1 week ago

Can SA's struggling Olympic stars turn things around?
8 hours ago
8 hours ago

Looking forward: SA stars on the rise ahead of Paris Olympics
1 week ago
1 week ago