Sascoc spending ‘astronomically’ out of control

The ministerial committee into the affairs of the sporting governing body continues to raise serious governance issues. 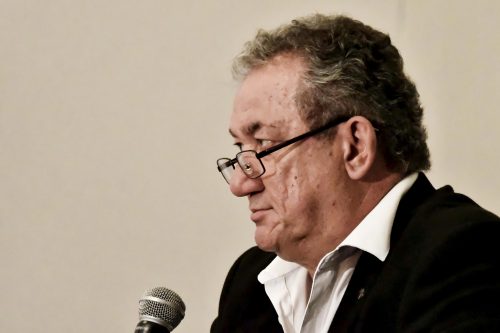 Exorbitant spending was out of control at the SA Sports Confederation and Olympic Committee (Sascoc), a ministerial committee of inquiry heard on Monday, with the three-member panel admitting they were stunned by the frivolous approach taken by administrators at the cost of talented athletes.

Legal battles were among the most significant factors responsible for the organisation’s mounting debt, with Sascoc having repeatedly landed up in court due to disputes with member federations in recent years.

“We are a civil society structure and money is critical to us, but we felt that the matters were so serious – theft, sexual harassment, collusion, money laundering – that we had to pay for the process to be completed,” Hendricks said.

This was not a unique situation, however, and Hendricks said he was told at a council meeting in 2015 that Sascoc had already accumulated more than R6 million in legal fees relating to various matters.

Hendricks also claimed that former Sascoc CEO Tubby Reddy’s personal assistant had flown first class on a business trip in 2016, at a cost of R90 000 to the organisation.

Earlier, in her submission to the committee, Sascoc deputy president Hajera Kajee revealed that board president Gideon Sam received a daily allowance of $500 (R6 000) when he was on Sascoc duty, in line with the organisation’s policies, while she and Hendricks received $350 (R4 200) a day.

During the 2016 Rio Olympics, due to financial constraints, Kajee said all travelling executive members had agreed to an allowance of $200 (R2400) a day, though the policy had not been permanently adjusted.

These allowances were on top of monthly retainers of more than R16 000 which board members received for holding the voluntary posts.

“The costs (of the disciplinary report) were astronomical by any standard, and I don’t think that’s a factor Sascoc has taken into account in the way they operate,” said inquiry committee member Shamima Gaibie.

“The flight costs we’ve heard about in this hearing, relating to business class trips for 14 members of the board, the five star hotels, and the stipends all suggest to me an exorbitant approach to the running of Sascoc.

“It’s not quite in accord with Sascoc’s inability to sometimes fund compelling athletes.”

The ministerial committee of inquiry into the Sascoc board, led by retired judge Ralph Zulman, was scheduled to continue on Tuesday.