Caster Semenya sends out another warning, a teenager pushes Wenda Nel all the way and Luvo Manyonga delivers. 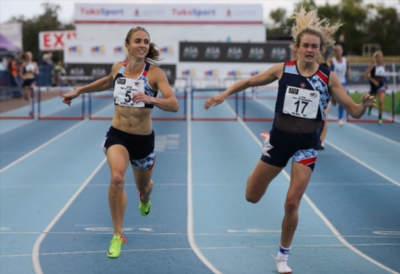 Closing out the three-day national track and field championships, the country’s elite women stole the show in Pretoria on Saturday.

Here’s a run-down of the highlights at Tuks Stadium.

Caster Semenya fired another warning at her opponents ahead of the Commonwealth Games next month, scorching to another solo victory by covering the two-lap distance in 1:57.80. Despite the altitude, it was her fastest ever performance on South African soil.

World champion Luvo Manyonga delivered, as expected, to win gold. His 8.41m second-round leap, with a 2.1m/s headwind, initially got a red flag, but Manyonga challenged the decision and the jump was cleared. Ruswahl Samaai took second place with a best effort of 8.21m.

In the shape of her life, former World Student Games champion Justine Palframan dipped on the line to win the national 200m title in 22.97. She returned to the track less than an hour later to add the 400m crown to her tally, coasting home in 51.31 for the second fastest time of her career.

After shattering the national record in the semifinals the day before, Clarence Munyai pulled out of the final with a hamstring injury, opening the door for Luxolo Adams. Taking advantage of a wide open field, Adams stormed home in 20.08, shattering his personal best to clinch the gold medal.