Brazilian football legend Ronaldinho is set to marry two women at the same time according to reports in his home country. 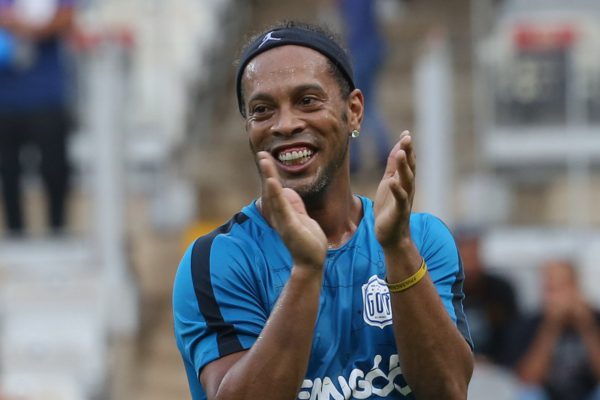 Brazilian legend Ronaldinho Gaucho participates in a charity event at the Mineirao stadium in Belo Horizonte, Brazil, 08 December 2017. The 'Game of Dreams' is the farewell match of Ronaldinho, a tribute to the 120 anniversary of Belo Horizonte and to the 15 years of the world penta-championship of the Brazilian national soccer team. EPA/PAULO FONSECA

The 2002 World Cup winner will reportedly tie the knot in August with his pair of “fiancees”, Priscilla Coelho and Beatriz Souza.

The two women have been living with the former Barcelona star since December at his $6.7 million Rio de Janeiro mansion, according to reports.

Ronaldinho started dating Beatriz in 2016, but continued his relationship with Priscilla, which began several years earlier and according to reports, both lovers receive a monthly “allowance” of around $2 000.

Former World Player-of-the-Year Ronaldinho asked both for their hands in marriage in January last year and gave them both engagement rings, according to O Dia newspaper.