The Sarah Baartman squad failed to turn up for three matches over a two-day period, after multiple players fell ill. 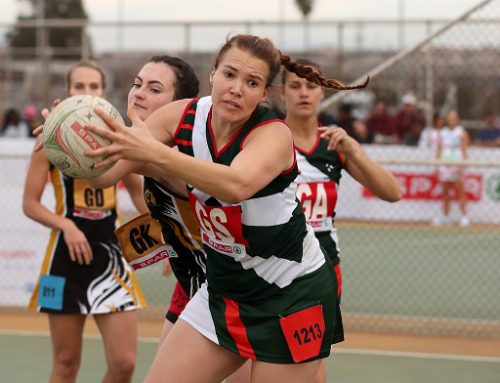 The withdrawal of Eastern Cape district team Sarah Baartman caused some confusion at the Spar National Netball Championships yesterday, with organisers ultimately opting to scratch all results of the absent outfit.

The Sarah Baartman squad failed to turn up for three matches over a two-day period, after multiple players fell ill, with officials considering whether to postpone the games or force the absent side to forfeit the points.

Following a team managers’ meeting, it was ultimately decided to nullify the scores of all the games they had played at the tournament, which started on Monday, with only six of the other 10 A-division teams having played fixtures against the struggling outfit who failed to win any of their matches.

With the log standings being adjusted, title favourites Tshwane and the Dr KK side from North West held 14 points each at the top of the log after four days of competition.

Mangaung were lying third with 12 points and Cape Winelands were in fourth position with 10 points, but both sides held a game in hand, as the race for the playoffs remained wide open ahead of Friday’s final matches in the round robin stages.

With her squad staying in contention in tough, windy conditions, Mangaung coach Berta de Kock said the tight contest at the top of the standings boded well for the sport at national level.

“It’s very good for South African netball because you can’t be complacent. You win one, and then all of a sudden the next one is a loss,” De Kock said.

“So we have to plan, and as a coach you need to be on top of everything every day because anything can happen.

“If players maybe have an injury or someone doesn’t pitch, that makes it very interesting for players and coaches because it opens the whole system.”