Elsje Jordaan's gritty team miss out on a final at the National Netball Champs due to goal average. 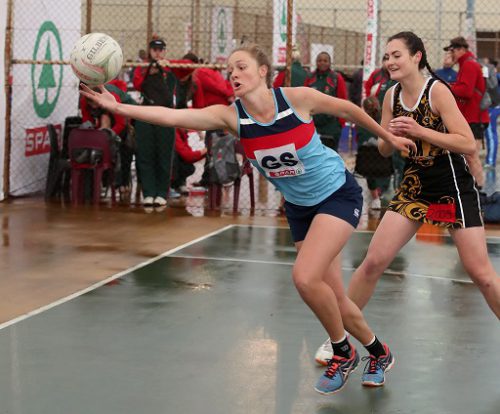 Coach Elsje Jordaan admitted her Dr Kenneth Kaunda district team were gutted on Friday after narrowly missing out on a place in Saturday’s final at the Spar National Netball Championships.

Though they defeated Cape Town 83-39 in their last round robin match, drawing level on 16 points with Tshwane and Mangaung, Jordaan’s side fell short of a spot in the title battle by finishing third on goal average.

“It’s very disappointing… we had to defend two or three shots more and we would have pulled through, but it was a fantastic effort by my team,” Jordaan said.

With two sides having failed to pitch at the start of the tournament, the adjusted format saw the A-division pools being grouped together in a round robin format.

While the semifinal round was scratched, however, organisers opted to proceed with playoff matches for the medals.

The Dr KK team were set to face Cape Winelands in the third-place playoffs on Saturday morning after the Winelands side finished fourth in the round robin standings, four points behind the top three sides.

“With this format it has been a difficult tournament for everybody… so it’s not nice to stand on the wrong side of it, but that’s sport, I suppose,” Jordaan said.

Eager to shake off their disappointment by stepping on the podium, Jordaan said it would be a challenge to lift the spirit of her players but they would regroup overnight.

“We have very tired bodies and disappointed players, but we’re still up for a medal and we’ll have to fight it out,” she said.

“It’s really difficult, but if we want to go home without empty hands we’ll have to pick it up tomorrow and play a good game.”

Former champions Mangaung, who finished top of the table with the best goal average, were due to meet Tshwane in the trophy decider later on Saturday.