Caster blitzes to another record

Hard work from the starting block pays off for South Africa's star. 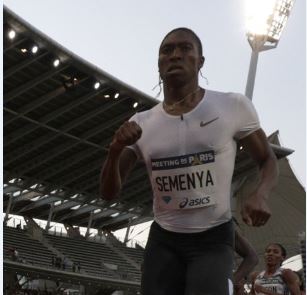 Versatile middle-distance specialist Caster Semenya flaunted her speed on Friday, delivering a thunderous effort in the women’s 400m final to smash the national record, winning the gold medal on day three of the African Athletics Championships.

Semenya, who had been working on her block starts in the build-up to a relatively rare appearance over the sprint distance, used her endurance to her advantage and scorched down the home straight to secure a commanding victory in 49.96 seconds.

“It’s always been my dream to run under 50,” Semenya said.

“I think it was the right time because the weather was in my favour.

“For me it’s always about having fun and waiting for the right time to execute, and this was one of the races that worked in my favour.”

She was set to return to the track this weekend in defence of her African 800m and 4x400m relay titles.

The national team, meanwhile, raked in another eight medals on Friday, lifting their tally to 17 podium places.

Looking to retain the overall crown they lifted in Durban two years ago, they were well clear at the top of the table with five gold, seven silver and five bronze with two days of competition remaining at the biennial continental championships.