36 years ago, former Proteas skipper Kepler Wessels made his debut for Australia. Marnus Labuschagne wants to emulate him. 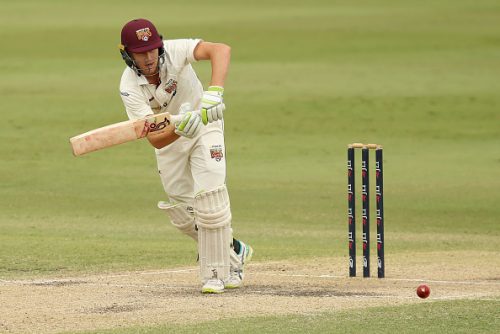 A few of them have even bitten large chunks out of the Proteas’ collective bottom – just think Kevin Pietersen (England) or Grant Elliott (New Zealand).

Yet for some reason, the Aussies – proud, sometimes awkward nationalists they are – haven’t ventured that route unless it’s a hard arse like former Proteas skipper Kepler Wessels.

But they’ve dipped into that supply again.

On Tuesday, the Australian selectors called up Marnus Labuschagne to their Test squad for the series against Pakistan.

Memorably, the 24-year-old’s birthplace is a location you wouldn’t expect too many international batsmen to emerge from though it does produce Nobel Peace Prize winners.

Labuschagne was born in Klerksdorp, 63 years after Archbishop Desmond Tutu.

South African cricket can’t be blamed for letting this one fall through the cracks though.

As 10-year-old, his family was uprooted and emigrated to Brisbane, where his father took up a job in the mining industry.

That would explain the Klerksdorp link, which is close to the Hartbeesfontein, Stilfontein and Buffelsfontein mines.

It wasn’t easy for the young Labuschange, an Afrikaans boy who didn’t speak much English.

“When I came to Australia, I mainly spoke only Afrikaans,” he recently told reporters in India, where he was part of an A-series tournament that also featured South Africa.

“Over the years I’ve been learning English and my speaking has gotten a lot better. I wouldn’t say as much for my spelling.”

Labuschange also chuckled when he reminisced about his first few days at Cleveland State School, a few clicks east of Brisbane.

His teacher would ask the pupils to take out their “rubber and rulers”, but Labuschagne would sit frozen because his simply didn’t know what that meant!

“First day at school, that is not what you want,” he said jokingly.

“Adapting at school was interesting but a good experience and I wouldn’t trade it.”

However, Labuschagne’s talent was undeniable from the start and he was part of the Queensland system since 11.

He’s become known for his no-frills approach to batting and he readily admits that he’s the type of batsman that focuses on method and consistency instead of smashing balls to all parts of the ground.

In fact, he has a soft spot for Wessels, the Proteas’ first Test captain since re-admission in 1992 and a man who famously played 24 Tests for Australia too.

“I know he was very tough and gritty. I was aware he played for both Australia and South Africa,” Labuschange told the Daily Telegraph four years back when he was on the verge of making his first class debut.