The swimmer played her part in revolutionising disability sports in SA, and is now actively trying to improve the administration of all sporting codes. 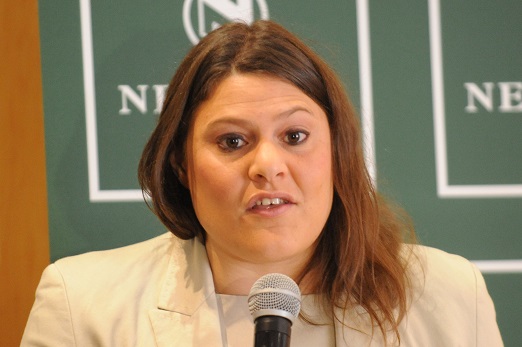 Though her world came crashing down as a teenager when she believed she had been stripped of her Olympic dream, Natalie du Toit has since become on of the most recognisable figures in South African sport, and after breaking new ground in the swimming pool, she continues to play a crucial role.

Showcasing her talent in her youth, Du Toit missed out in an attempt to qualify for the 2000 Olympics in Sydney, but at the age of 16 the future looked bright.

Less than a month after her 17th birthday, however, in February 2001, the Capetonian was involved in a scooter accident on her way to school, and her left leg was amputated at the knee.

It was a sudden life-changing experience that would have been difficult for anyone to handle, least of all a talented young swimmer who had aspirations of excelling in a sport which requires participants to propel themselves with their legs.

“Obviously there are some days when I cry,” Du Toit later admitted in an interview with The New York Times.

“But I try to remember that better days are ahead. You just go on.

Refusing to let her disability get the better of her, she was back in the pool a few months after the accident.

And while it took some time for her to become accustomed to the new style she developed in order to counter the strength she had lost without the full use of four limbs, she was soon back in form.

Still eager to achieve her dream of competing at the Olympics, she made history at the 2008 Open Water World Championships in Seville where she finished fourth in the women’s 10km race.

Though she missed out on a podium place by less than a second in a hard-fought sprint, Du Toit did enough to earn her ticket to Beijing.

Later that season she became the first female amputee to compete at the able-bodied Games, finishing 16th in the open water marathon, and she received well deserved recognition when she was chosen to carry the SA flag at the opening ceremony.

In total, her spectacular career included 12 gold medals at the IPC Swimming World Championships and seven gold medals in disability events at the Commonwealth Games, and she announced her retirement after securing her 13th Paralympic title at the 2012 London Games.

Away from the pool, she was also recognised at home and abroad, receiving the Order of Ikhamanga in Gold in 2009, and being named World Disabled Swimmer of the Year in 2008 and Sportsperson of the Year with a Disability at the prestigious Laureus World Sports Awards in 2010.

While she has since become immersed in the world of business, working as a management consultant, Du Toit remains part of the fabric of South African sport and her latest role might offer one of her toughest challenges to date.

After joining the embattled SA Sports Confederation and Olympic Committee (Sascoc) board in 2017, as the head of the athletes’ commission, Du Toit said she was stunned by the amount of infighting that was crippling the governing body.

While she felt the athletes’ commission could play a key role in a restructuring process, following the release of a ministerial inquiry report which found the Sascoc executive to be ‘dysfunctional’, Du Toit believed the organisation was in need of a shake-up.

“A lot has happened with the board and I’m not sure whether we will be able to fix it between us in terms of personalities and politics,” Du Toit said after making a submission to the Zulman Inquiry.

Regardless of the ongoing issues rippling through South African sport, however, it seemed Du Toit’s involvement remained integral.

After all, she proved nearly two decades ago that nothing could keep her from chasing her goals, and she remains as determined as ever.