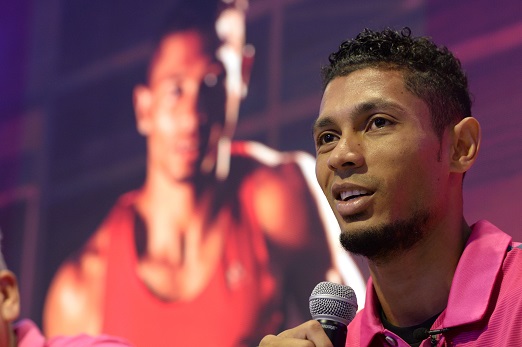 World champion Wayde van Niekerk, who hasn’t competed internationally for nearly two years, has been unveiled in the line-up for the men’s 400m race at the Diamond League meeting in London next month.

Though the 26-year-old sprinter returned to the track in February, testing his legs by coasting to the Free State provincial title in 47.28 seconds, he had since focussed on training and opted to withdraw from the national championships in April as a precautionary measure due to poor weather conditions in Germiston.

And while it remained unclear whether Van Niekerk would compete before the Diamond League meeting in the English capital, to be held on July 20 and 21, he was locked in a race against time to regain his best form in an attempt to defend his global title in Doha in October.

Van Niekerk, who set the one-lap world record of 43.03 to win gold at the 2016 Rio Olympics, had not turned out at international level since retaining his 400m title and bagging 200m silver at the 2017 World Championships in London, after being sidelined by a serious knee injury.

In his absence from the track and field circuit, indoor world record holder Michael Norman of the United States (43.45), former World Championships silver medallist Steven Gardiner of the Bahamas (43.87) and Jamaican prospect Akeem Bloomfield (43.94) had all dipped under 44 seconds in the 400m dash, sticking up their hands as potential contenders for the global crown.

Van Niekerk, however, had previously stated that he was confident of making a competitive comeback this year, and he believed he could put up a fight in what should be a thrilling battle for the world title.