Akani Simbine delivers the best performance on the night, but various others show promise too. 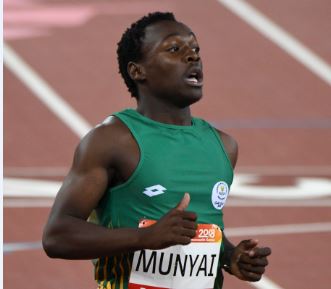 Though they were unable to challenge for victory in individual races, South Africa’s fastest men delivered solid all-round performances at the World Challenge track and field meeting in Ostrava last night.

National 100m record holder Akani Simbine produced perhaps the strongest fight of the evening, and while he was well off his best, the in-form athlete narrowly missed out in a blanket finish.

Having travelled halfway across the world after clocking 9.92 seconds on an elevated track in a street race in Boston last week, Simbine looked a little sluggish and was unable to stay in touch when his opponents shifted gear in the second half.

The Commonwealth Games champion settled for fourth place in the short sprint in 10.08, just 0.04 behind American speedster Mike Rodgers who won in 10.04, while former SA record holder Simon Magakwe grabbed sixth spot in 10.16.

Earlier, in the men’s 4x100m event, the national team had combined well, coasting to victory in the sprint relay, which was held as part of the pre-programme.

Bruintjies, Magakwe, Dlodlo and Simbine covered the one-lap race in 38.65 seconds, holding off an All stars quartet by 0.16.

In the final track event of the night, Clarence Munyai displayed his best form in more than a year, finishing third in the men’s 200m race.

Competing in wet conditions, with the half-lap contest delayed by 15 minutes due to torrential rain, Munyai did well to clock 20.31 after the downpour had stopped.

The rest of the nine-member SA contingent who participated at the meeting were shy of their best form.