Pep Guardiola has issued a defiant message to runaway Premier League leaders Liverpool, saying his Manchester City side are not going to give up despite the yawning points gap. 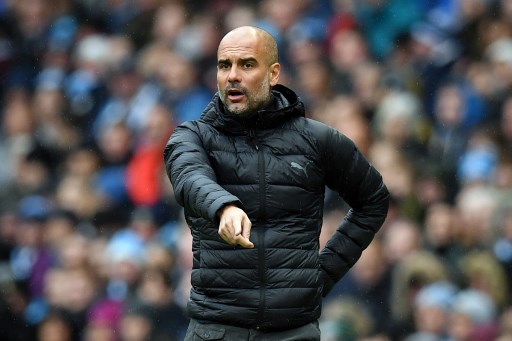 The City boss acknowledges that his team have it all to do, in fourth place and trailing the leaders by nine points after just 12 games.

But they were 10 points adrift of Jurgen Klopp’s team in late December last year before pipping the Reds to the title on the final day by a single point.

“People and the pundits say ‘it’s gone, it’s over,” he said. “Why should I think it’s over? Until May, we are the champions and we want to defend it.

“We have more pressure. They can lose one or two and I prefer their position.

“Three teams have more chance to win the Premier League than us but we are in November and we’ll see how we behave.”

City welcome Chelsea to the Etihad on Saturday, with Frank Lampard’s team one place above them in the table, level on points with second-placed Leicester, but eight adrift of Liverpool.

So before they can even think about narrowing the gap to Liverpool, City must get past Chelsea, who have won six league matches on the spin.

Guardiola has taken comfort from the way City played despite losing 3-1 at Anfield a fortnight ago and believes they can turn their fortunes around.

“We are nine points behind because one team won all the games except one,” he said. “The second reason is that we had some games that can happen after back-to-back (titles).

“If we hadn’t made back-to-back, it would not happen. But the football we have is still there.

“We have two options — give up or don’t give up. I think the way we played at Anfield, we are not going to give up.”

Guardiola has cut a frustrated figure in the early months of the season and that showed in his reactions and sarcastic comments towards the match officials during the game at Liverpool.

There has been speculation that he is unhappy, while his agent issued a statement insisting that Guardiola was not interested in a return to Bayern Munich.

The man himself said such talk was wide of the mark.

“I don’t have any reasons to move from here. I am incredibly satisfied to work with this club and with these players.

“If the people think I am going to resign or be sacked for these results and being nine points behind, then people don’t know me.

“I like this challenge. I love to be in this position.