Van der Dussen spoke about the difference in energy between the Proteas now and the group he travelled to the World Cup with. 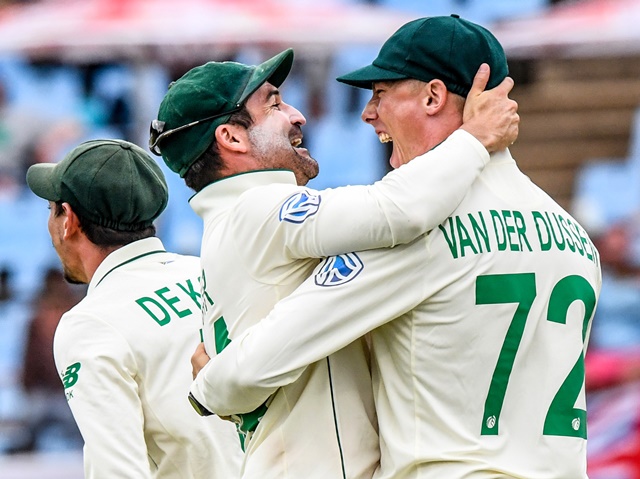 Rassie van der Dussen experienced the lowest of lows with the Proteas in 2019, but he is determined to be part of the revolution that puts things right in 2020.

While the 30-year-old was one of the few members of the squad to leave the 2019 World Cup with his reputation enhanced thanks to a series of gutsy innings, he felt the backlash of an irate cricketing community back home as much as anyone as the Proteas limped to a shocking seventh-place finish in England.

It was an incredibly testing year for cricket in South Africa, both in and off the field.

While the World Cup display was abysmal in isolation, the overall feeling towards the Proteas was made even worse by five straight Test defeats that included an embarrassing 2-0 series to defeat to Sri Lanka on home soil and then a 3-0 thrashing to India away.

By the time Cricket South Africa (CSA) suspended its CEO Thabang Moroe in early December following one of the darkest periods in the organisation’s history, most had lost faith in the overall product.

Almost out of nowhere, though, there has been an injection of much-needed optimism into the Proteas with the arrival of Graeme Smith as Director of Cricket and Mark Boucher as head coach and the pair got their tenure off to the perfect start last week with a commanding 107-run win over England in the first Test at Centurion.

Van der Dussen, on debut, contributed to what was easily the most polished Proteas performance of the year in the longest format.

While he acknowledged that he was more nervous than he had ever been in his career waiting to bat on day one at SuperSport Park, Van der Dussen chipped in with a crucial knock of 51 in South Africa’s second innings and shared in a 91-run stand with night-watchman Anrich Nortje that effectively took the game away from the visitors.

Speaking after the match, Boucher acknowledged that it would be incredibly difficult to leave Van der Dussen out for the second Test in Cape Town later this week, despite the return to fitness of Temba Bavuma.

Van der Dussen, it seems, has the inside line to starting in Cape Town and given the consistent composure he has shown in national colours in high-pressured situations so far, it is hard to argue with that thinking.

Cricketing ability aside, Van der Dussen is also a player with immense leadership potential and those qualities were on display once again on Wednesday as he addressed media at Newlands.

“We didn’t have a lot of preparation time before the first Test and credit must go to the coaching staff. The work ethic was something I had never seen before with the intensity at training,” he said, looking back to the win at Centurion.

“It’s a new dawn of South African cricket and we were desperate to regain the public’s faith in us and Cricket South Africa.

“That’s something that comes with playing for your country … you have that responsibility to the fans and public to put in good performances and win matches.

“Last year wasn’t the best year for CSA or the Proteas, but that victory and the fight and camaraderie out there on the field showed what we are about as a team. We are committed to giving it our all every moment of every day.”

Van der Dussen then spoke about the difference in energy between the Proteas now and the group he travelled to the World Cup with.

“I think there is a different atmosphere in the changeroom,” he said.

“Boucher, Kallis and those guys have brought that really hard mentality that I think you need in Test cricket. It’s really a high-pressure environment out there and you need that toughness, which is why Graeme Smith probably brought in a guy like Mark Boucher, who is known as a fighter.

“As a team we have those characteristics, but a guy like Boucher really brought it out of us.

“I think that’s something we want to really pride ourselves on moving forward, is being a team of fighters.

“Faf mentioned there are not a lot of superstars in our team, but there are guys who will run through brick walls.”

The second Test starts at Newlands on Friday.