His five-for helped India bowl Australia out for 294, setting the injury-ravaged visitors the improbable task of scoring 328 for victory. 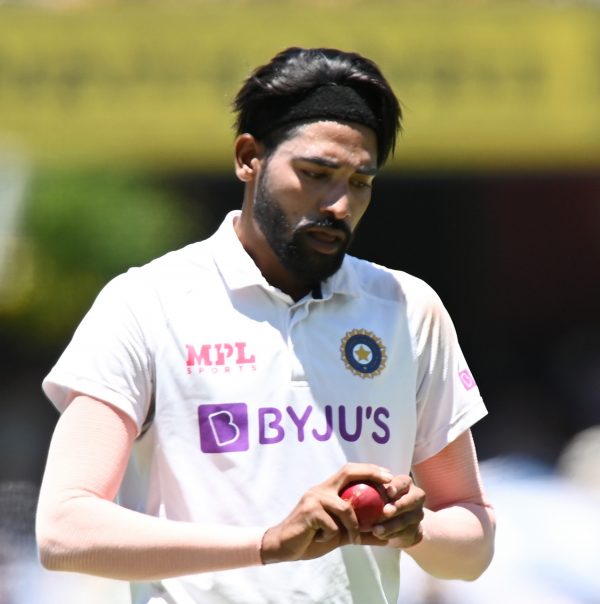 India bowler Mohammed Siraj revealed how a phone call with his mother and the memory of his late father spurred him on to a five-wicket haul in the final Test against Australia on Monday.

Siraj, playing only his third Test, ably deputised for the injured Jasprit Bumrah in Brisbane, where India need a draw to retain the Border-Gavaskar Trophy with the series locked at 1-1.

It has been an emotional series for the 26-year-old, who lost his father in November and welled up with tears during the national anthems in Sydney.

“I am very thankful that I got five wickets. It was a very tough situation for me because I lost my dad recently,” said Siraj.

“I called up home and I felt strong after talking to them and to my mother. She motivated me to feel strong.

“So I was mentally strong and my focus was to make sure my dad’s dream comes true.”

Siraj’s father, an auto rickshaw driver from the southern city of Hyderabad, died on November 20 as India prepared for the start of their tour.

But the bowler, who also plays for Royal Challengers Bangalore in the Indian Premier League, stayed in the team’s secure bubble despite an offer to fly home.

His five-for helped India bowl Australia out for 294, setting the injury-ravaged visitors the improbable task of scoring 328 for victory or batting out the final day for a vital draw, as they did in Sydney.

“Our batsmen are good, they are prepared for (Tuesday). We will only know tomorrow how it goes,” said Siraj.

“Our only motive is to win the series. Despite so many injuries, the way the team fought in the first innings is a matter of pride.”