White mixes things up in Bulls midfield for Pumas clash

Boss Jake White has opted to change things up in midfield with recent signing Harold Vorster to partner the exciting Hendricks in the centres. 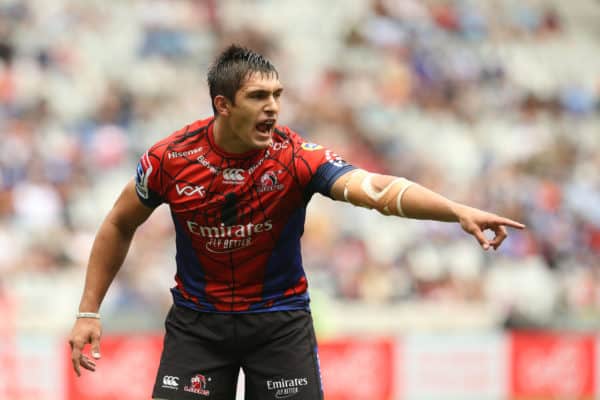 Recent Bulls signing Harold Vorster will make his Bulls debut against the Pumas in a Currie Cup match at Loftus Versfeld on Friday night.

The former Lions player, who most recently played for the Panasonic Wild Knights in Japan, will be joined in midfield by Cornal Hendricks in a new-look centre pairing. The man who’s worn the No 13 up to now, Marco Jansen van Vuren, gets a rest this week.

Also, veteran outside back Gio Aplon will start for the first time since returning from a lengthy injury layoff. He has played from off the bench in recent weeks.

It is a completely changed Currie Cup team from last week when the first-choice players were out of action, playing in the Rainbow Cup final in Italy.

That second-string side were well beaten by Western Province, but they did pick up a losing bonus point for scoring four tries.

Now restored to full strength, the Bulls will want to get back to winning ways after both sides – in the Currie Cup and Rainbow Cup – lost last weekend.

The only players from the Currie Cup side that have been retained in the team this week are bench-sitters Simphiwe Matanzima and FC du Plessis.

“The young and inexperienced group fought hard last weekend against a quality Western Province team,” said White, “and even though the result didn’t go our way they still managed to secure a bonus point.

“This weekend is a big game for us, and we will be looking to get back to winning ways.

“The Puma are coming off the back of a good win and they will be looking to hurt us, but we know what is expected of us.”

Kick-off on Friday night is 7pm.

URC first phase analysis: Part One — Bulls and Sharks
6 days ago
6 days ago

URC first phase analysis: Part One — Bulls and Sharks
6 days ago
6 days ago