The Sharks managed to create the first cracks we have seen in the touring team. 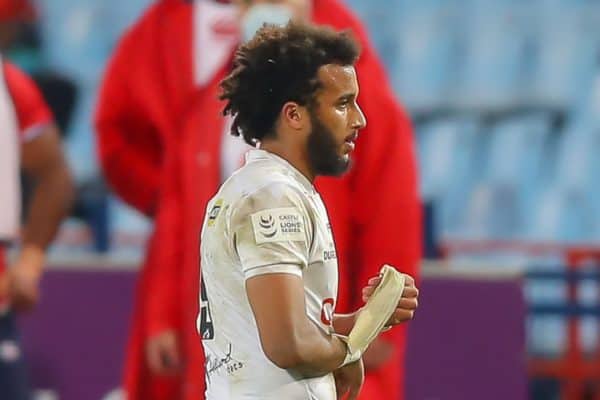 They say a week is a long time in rugby but the Sharks proved – at least in the first half – that a couple of days can also bring a massive change in fortunes as they matched the British and Irish Lions blow-for-blow until the red card to scrumhalf Jaden Hendrikse knocked the stuffing out of them.

Having been hammered 54-7 by the touring Lions at Ellis Park in midweek, the Sharks fielded a new-look team for their hastily-arranged rematch at Loftus Versfeld on Saturday and produced a tremendous first-half display as they held the Lions to 26-26 at the break. The physicality and intensity of the Sharks was at a whole new level, and they managed to create the first cracks we have seen in the touring team, who conceded four tries under the pressure.

And then Hendrikse was red-carded five minutes into the second half for elbowing an opponent in the head, and the wheels fell off as the Sharks succumbed to a 71-31 thrashing.

“In the first half we managed the game well and the defence was outstanding. We certainly put pressure on them,” said Sharks coach Sean Everitt.

“That’s a really important aspect because it complements your attack and you can use that turnover possession.

“I think the Springboks would have seen that, with a good kicking game and strong defence, there will definitely be opportunities to force the Lions into mistakes.”

ALSO READ: ‘Nothing will surprise us’: Lions coach Gatland

Everitt added that he had sympathy for Hendrikse, a 21-year-old who had a moment of stupidity broadcast around the world.

“Jaden is not a malicious player but there was a bit of niggle in the game and it was a tough contest,” Everitt said.

“He’s a youngster who did something stupid and he’ll get to know where to draw the line. He will learn from it. We have to respect the opposition and we will have a chat.

“Off the field Jaden is totally the opposite. He’s actually very quiet. I feel for the guy, he’s very remorseful and I’m sure it won’t happen again.”