Patience will be key for Proteas batsmen in second ODI

It is the exact opposite situation to what the Proteas recently experienced in the West Indies. 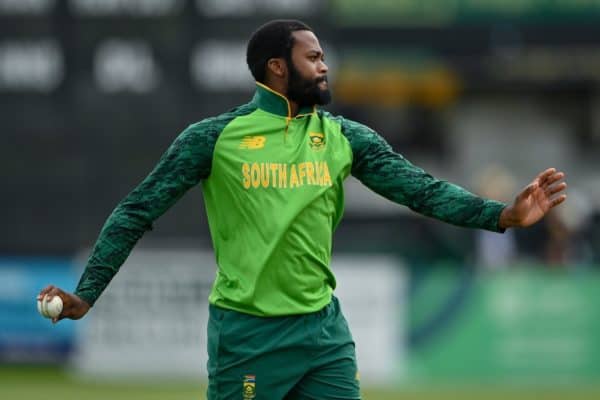 11 July 2021; Andile Phehlukwayo of South Africa during the 1st Dafanews Cup Series One Day International match between Ireland and South Africa at The Village in Malahide, Dublin. Photo by Seb Daly/Sportsfile

The first ODI between South Africa and Ireland may have been washed out, but it did provide the Proteas with a valuable demonstration of how accepting the conditions are going to be tough for batting up front and not pushing too hard in the first powerplay is going to be crucial when the second match is played at the same Malahide ground in Dublin on Tuesday.

Ireland reached 195-4, after being sent in to bat, in the 40.2 overs that were played before the rain ended matters in the series opener, and they were well placed to post a decent total. That was partly due to, and not despite, a fairly painstaking start in which they scored just 28 runs in the first 10 overs but did not lose any wickets.

It is the exact opposite situation to what the Proteas recently experienced in the West Indies, where batting up front in the powerplay was the time to cash in and the best chance to score quickly.

“The pitch was a tad slow, but it was a good wicket,” all-rounder Andile Phehlukwayo said on Monday.

“We’ll have to assess again for the next game, but up front was the toughest time to bat. So you have to be very watchful the first 10 overs and then the ball doesn’t do as much. The game gets easier and then you can press on.

“It’s definitely the right thing to field first because then you know what score you’re chasing and you know the conditions better. We need to show what we’ve learned from the West Indies and be clinical with the bat.”

Given that South Africa never got to bat, any changes to the line-up are going to be unfair on the likes of Janneman Malan and Kyle Verreynne. But if Quinton de Kock is ready to go after his rest, then who wouldn’t want him in a game that has crucial World Cup qualification points at stake?

Consistent fast bowler Anrich Nortje was also rested for the first game and he could return at the expense of left-arm spinner Keshav Maharaj, who did not get any wickets but was tight, conceding just 38 runs in his nine overs.