Countdown to start of the ‘Summer Series’

The unique series will be held over three weekends in three different locations – Northcliff, West Rand and Cradle of Humankind. 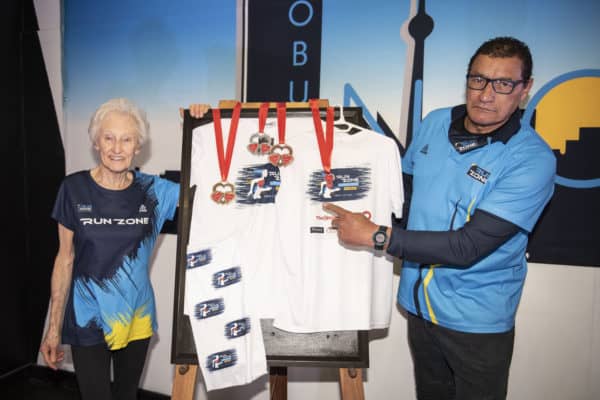 Time is “running” out for road runners, walkers and outdoor enthusiasts to get their entries in to be part of the “Summer Series Heart Run”, which gets underway next weekend.

Joburg’s biggest running club, Run Zone, has teamed up with The Citizen and several other sponsors to put on three races ranging from 5km, 10km and 21.1km at the start of the summer.

The unique series will be held over three weekends from 19 September to 3 October in three different locations – Northcliff, West Rand and Cradle of Humankind.

Runners can opt to take part in all three events for a special medal, or in individual events for a different medal.

Of course, because of the times we live in and due to Covid, entrants will also be allowed to run the races virtually, in their own locations and at times that suit them over the specified weekends.

Run Zone chairman Graham Block expressed his excitement for the series of runs, for which 89-year-old club member and world record holder Deidre Larkin will be the ambassador.

“It’s great to have such a legend on board with us,” said Block. “Deidre is an inspiration to so many of us.

“The series is going to be lots of fun, with runners challenged in three races in Northcliff, the West Rand and out in the Cradle.”

Block says runners who can’t make the specific dates for the runs can also complete the distances in any of the normal club runs on the weekends between 19 September and 3 October. “Also, on the days of the away runs, in the West Rand and Cradle, there will still be club runs on the Saturday before at the club in Northcliff, with all the race distances,” said Block.