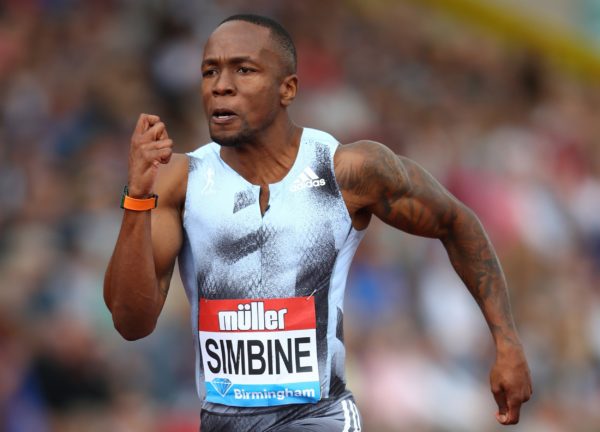 While Wayde van Niekerk opened his season with a relatively pedestrian result in challenging conditions in Potchefstroom on Tuesday, some of his compatriots shone at the ASA Athletix Invitational in Roodepoort.

Running into a strong headwind, Van Niekerk won the men’s 200m race in an unofficial time of 20.64 seconds at the ACNW Open provincial meeting.

Though he was well off his half-lap career best of 19.84, the 400m world record holder said he was pleased to return to the track for the new campaign, after making a comeback last year from a serious knee injury, as he geared up to defend his Olympic one-lap title in Tokyo in August.

“I have to accept the conditions,” Van Niekerk said.

“The wind was a bit strong, but we all had that challenge and I took it as it came. I’m happy.” 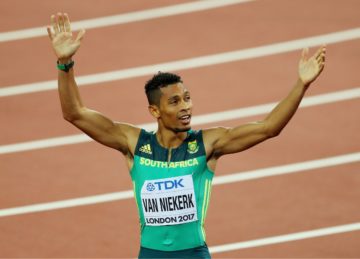 Elsewhere, at the ASA Invitational, Akani Simbine opened his 2021 campaign with an explosive effort, taking the men’s 100m race in 10.00.

Though he had a 2.1m/s tailwind, and the time will not officially be recorded, Simbine displayed his intent ahead of his own medal charge at the Tokyo Games, holding off a challenge from in-form countryman Lux Adams.

In the field, Cheswill Johnson built on his impressive early-season form, winning the men’s long jump with a leap of 8.14m, with three men going beyond the eight-metre mark.

ALSO READ: Lockdown frustrations being taken out on the track and field?

Kyle Blignaut was equally impressive in the men’s shot put, securing victory with a heave of 20.85m, just five centimetres short of his personal best, while Jason van Rooyen also sent the shot sailing beyond 20 metres with a 20.24m effort.

Despite falling short of the 60-metre mark, Sunette Viljoen did enough to win the women’s javelin throw, with her spear landing at 58.00m as she held off a challenge from Czech opponent Nikol Tabackova (57.15m).

The second and final leg of the ASA Athletix Invitational series will be held at Ruimsig next Tuesday.