CSA and Russell Domingo are particularly annoyed with Rilee Rossouw's actions after he joins Kyle Abbott at Hampshire. 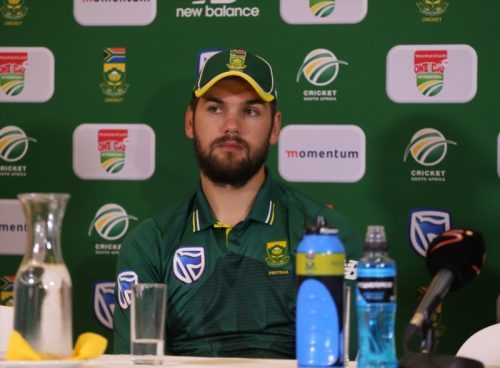 Both had their national contracts with the Proteas terminated after opting to sign Kolpak agreements with the English county Hampshire.

“If a player gives up the right to represent the country, there’s unfortunately not much else we can do,” Haroon Lorgat, the governing body’s chief executive, said on Thursday.

“We invest huge sums of money in every individual. Sadly, in this case, there was no return on investment.”

Lorgat is particularly annoyed with Rossouw, the 27-year-old top-order batter in the One-day side, who hasn’t played since the ODI series against Australia in October after sustaining a foot injury.

“Rilee is a prime example of a player we’ve spent much money on,” he said.

“He’s been treated by CSA’s medical staff for months now and has been aided in his recovery. But we’re not going to cry over spilt milk, we’re going to invest in players that want to play for South Africa.”

Rossouw apparently sent Russell Domingo, the Proteas coach, an informal e-mail on Wednesday evening from his smartphone informing him of his decision.

“When he sent the e-mail, he spelled my name wrong for starters. He forgot the second ‘l’. That’s where we are.”

In fact, the communication between Rossouw and Domingo had been poor for some time.

“I haven’t heard from since we returned from Australia to be honest,” said the Proteas mentor.

“Some of us had been trying to get hold of him before this.”

Unlike Abbott, whose place will always be in doubt until Dale Steyn retires, Rossouw was considered a key member of the ODI side.

Domingo made no secret of the fact that he was considered AB de Villiers’ long-term replacement.

“This is the guy we thought would come closest to emulating AB’s batting in one-day cricket. We’ve always backed him,” said the coach.

“When he started his career, he made five noughts. But we backed him. If that had been a player of colour, everyone would’ve complained its transformation.”