The exciting young Proteas all-rounder delivers when it matters most as his side prevails in a rain-reduced nailbiter against the Black Caps. 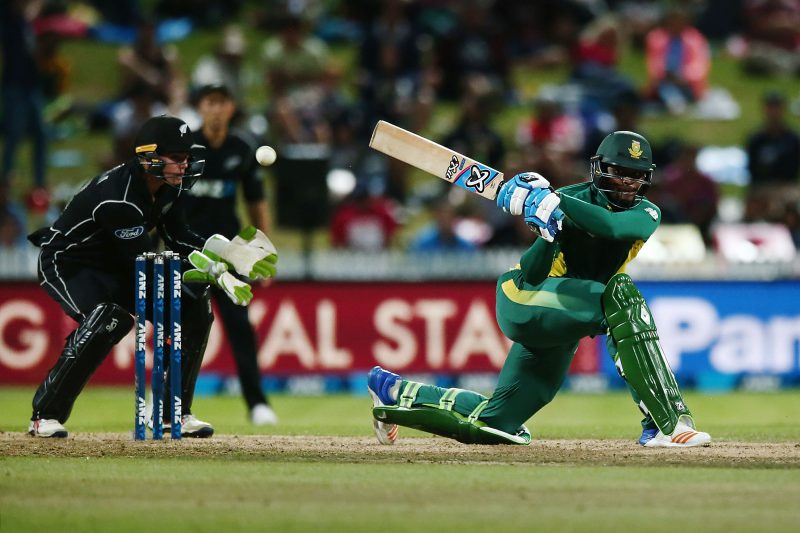 Andile Phehlukwayo and pressure have a good relationship.

It brings out the best in him.

The 20-year-old Proteas all-rounder on Sunday proved instrumental in ensuring his side won a nervy first ODI against New Zealand by four wickets in Hamilton.

It’s the Proteas’ 12th consecutive victory in the format.

Striding to the crease at 156/6, chasing 208 in a game reduced to 34 overs by rain, Phehlukwayo showed the resilience of a veteran.

He ended on an unbeaten 28 off 23 deliveries and actually assumed the senior role in a partnership with an off-colour AB de Villiers (37*).

After hitting spinner Ish Sodhi for two fours, Phehlukwayo smashed a vital six off Tim Southee (2/47) in the final over to subdue a determined home side.

It didn’t seem necessary after Quinton de Kock stroked a brilliant 69, but South Africa’s lack of competition against Sri Lanka almost came to haunt them after they lost wickets in droves during the middle period.

But the ice-cool Phehlukwayo was not to be denied.

Ealier, Chris Morris learnt the hard way that you always need to finish what you started in international cricket.

The lanky Proteas seamer was the victim of New Zealand’s excellent fightback with the bat.

Driven by a late assault by Colin de Grandhomme (34 off 19) and Tim Southee (24 from 13), the home side managed a competitive 207/7 after play started 165 minutes late due to poor weather.

It certainly didn’t seem that such a recovery would be possible after they slipped to 108/5.

That was down to Morris, who varied his bowling well in his first two spells to pick up 4/24 in five overs.

He had Dean Brownlie (31) and Neil Broom (2) caught through well-directed short balls, while bowling fast and straight to dismiss the dangerous Ross Taylor (1) and Tom Latham (0).

But things well apart for the 29-year-old at the death as his wayward lengths got smacked for 38 runs in his last two overs.

South Africa will hope it doesn’t cost them on a two-paced pitch that isn’t necessarily easy to bat on.

Captain Kane Williamson was the mainstay of the early Black Cap batting effort as he stroked a fine 59 off 53 deliveries.

His lack of support eventually put too much pressure on him as he cut a Tabraiz Shamsi (1/39) turner onto his stumps.

None of the attack in the end managed to keep the runs down except Kagiso Rabada.

The brilliant quick clearly benefited from being rested in Friday’s T20 and looked his old self again with an excellent haul of 2/31 from his seven overs.