It's been a fine summer of cricket for the national cricket side. We look at various issues - in Russell Domingo's own words. 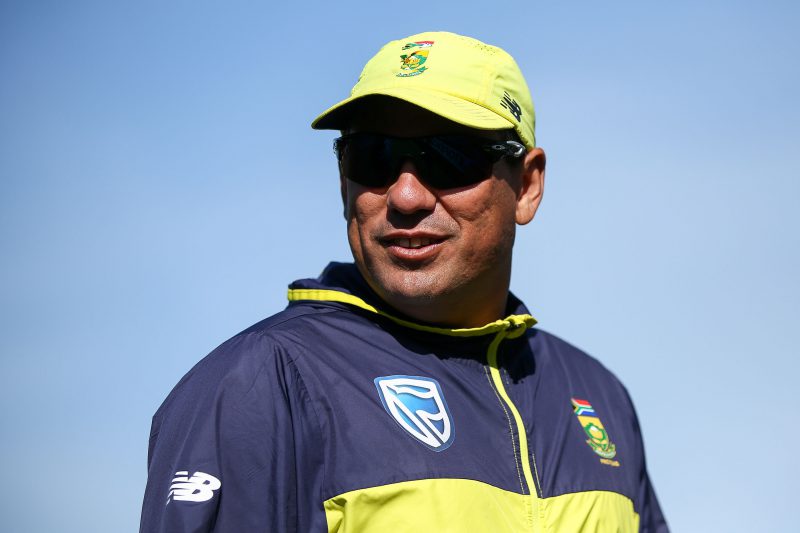 Russell Domingo has had a huge hand in the Proteas' success. Will he retain his job? Photo: Hagen Hopkins/Getty Images.

The Proteas return to South Africa on Thursday evening following their successful tour of New Zealand.

It caps off a superb summer season of cricket for the national side, who won four Test series and three One-day series during that period.

But, as ever, there’ll always be interesting themes that pop up – no matter what results are achieved.

Russell Domingo, the Proteas coach, discussed several of them.

I haven’t reapplied for my job yet. In fact, I don’t even know what the process is.

At the moment, I’m going fishing for a couple of weeks so that’s the last thing on my mind. It’s out of my control, what happens will happen.

I don’t know (yet if I’ll apply again), I suppose everyone wants to coach the national side. It’s where you want to coach. I’ve loved my four years but if they’re up, so be it. I’ve had some great results and some disappointments. I’m not looking too far ahead.

The Proteas are embracing transformation

I sit and watch games at a place like SuperSport Park in Centurion and I realise the demographics of our support base seems so different now. It’s fantastic to see people of different races and cultures supporting us. It’s special to be a part of that.

I’ve had a long chat with Temba Bavuma. His numbers might not look spectacular at this stage of his career. But he’s won us a Test in Hobart and won us the one here in Wellington. He played a massive role in winning us the Test in Perth too. Temba has delivered some unbelievable performances at crucial times. There are a few things he still needs to learn but there’s no doubt he’ll be a special player.

Kagiso Rabada is already a champion. We’ve seen some amazing things from him. It’s wonderful to be a part of this new generation of players who conduct themselves so well.

He’s been fantastic and done a great job. He hasn’t only made an impact through his leadership but his batting too.

Faf has come back really strongly after that tour tour to India in late 2015 with the bat. I’m really pleased for him.

He walks the walk and demands a lot from his players. He’s willing to walk onto the field and live up to those demands. I’m very proud of him.

The selectors need to take a long, hard look at some of the top-order batters, like Stephen Cook and JP Duminy

There are some challenges in this regard, of that there’s no doubt. With a big Test series in England looming, we’ve got some work to do.

We need to sit down with the selection panel and plan the way forward. We’ve got some quality players. It’s just about giving them some confidence and helping them play well again. They’ve all made great contributions before, it’s just to get them back in a good space.