The Proteas' legendary quick wasn't chuffed with the iconic stadium's nets during a practice session on Thursday. 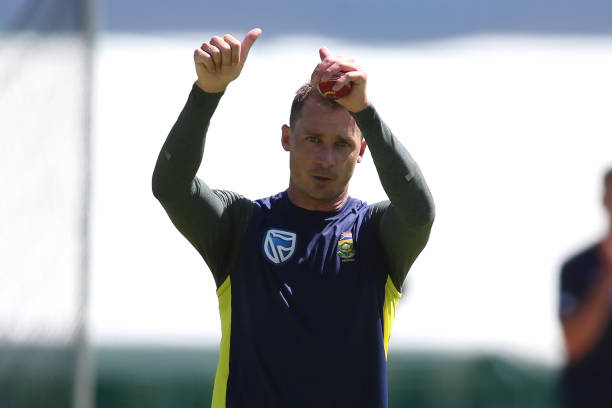 Dale Steyn dealt the conditions and facilities at the iconic Wanderers stadium another blow on Thursday after describing its net facilities as “dodgy”.

The 35-year-old Proteas quick rather unexpectedly aired this view after he hit skipper Faf du Plessis with a nippy but hardly spectacular delivery during a practice session.

Asked whether he was merely trying to make a bit of a point with the ball, Steyn refused to take any credit.

“No, I just think these nets are a bit dodgy,” he said as the national team intensify their preparations for the ODI series against Zimbabwe, which starts in Kimberley on Sunday.

“In all honesty, I think the ‘Bullring’ (as the Wanderers is known) is a fantastic but its facilities aren’t the best. For a ground that hosted the best ODI ever played, we practice in some pretty poor conditions.

“I hope Faf is okay, but I don’t think there’s any serious damage. Those nets really weren’t great.”

Steyn’s criticism comes just over eight months after the Test between the Proteas and India was overshadowed by a pitch that was rated as “poor” by the International Cricket Council.

Handed three demerit points on that occasion, the Wanderers will be suspended from staging international cricket for a year if it gets two more demerit points during the next five years.