‘We don’t want to play on this’ – Bloem in trouble for its pitch?

Proteas star Dale Steyn hands the ICC ammunition to investigate the Mangaung Oval's pitch after it overshadowed the hosts' win over Zimbabwe. 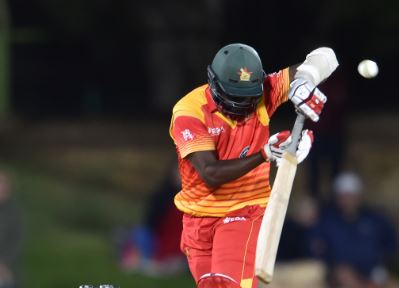 Dale Steyn has added ammunition for an International Cricket Council (ICC) investigation into the pitch at the Mangaung Oval in Bloemfontein.

The experienced Proteas quick admitted his side’s 120-run victory over Zimbabwe in the second of three ODIs had been somewhat soured by the erratic surface.

“The wicket obviously wasn’t the best, if I must be honest with you,” said Steyn.

“I’ve been around the world and played on a lot of different pitches. It started with Reeza’s (Hendricks) dismissal, where it didn’t bounce. Then you see some balls climb and hit the splice of the bat. It’s really not the kind of wickets we want to be playing cricket on.”

Indeed, following a vicious delivery from Lungi Ngidi that hit the handle of Brendan Taylor’s bat in the fourth over of Zimbabwe’s reply, umpires Adrian Holdstock and Chris Gaffaney came together and clearly deliberated on the nature of the pitch.

It’s expected that match referee Jeff Crowe will submit a report critical of the surface in line with the ICC’s Pitch and Outfield Monitoring Process and could lead to the ground being handed demerit points.

Frustratingly for the Proteas, they’d expected a better surface after the struggles in Kimberley.

“I thought Kimberley was pretty poor and we thought it would just get better. Hopefully Paarl (the venue for the third and final game) is the best of the lot,” said Steyn.

“It wasn’t ideal, not the kind of pitch we’ve come to know in Bloemfontein.”