‘Clumsy’ Hamza ignores the noise to reach his Proteas dream

The young boy once covered in fish oil after playing soccer was told he should rather do karate. He didn't listen. 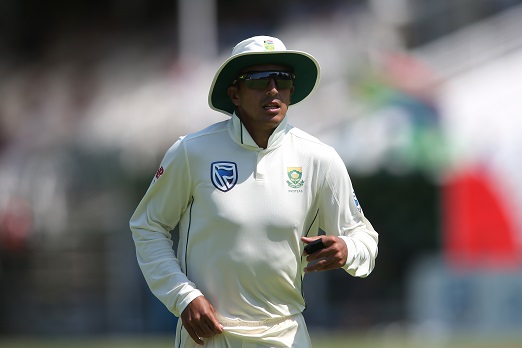 When most cricket players graduate to senior and even international level, it’s a safe bet that player would’ve shown a substantial amount of natural if raw talent as a youngster.

Zubayr Hamza isn’t one of those individuals.

As a toddler, his father, Nizaam, was told in no uncertain terms that his son shouldn’t bother playing ball sports because of his clumsiness.

Karate, maybe, but certainly not cricket.

Proteas new cap Zubayr Hamza on his variety of role models. The Cape Cobras star is expected to make his Test debut at the Wanderers. Cricket South Africa

Posted by The Citizen Sport on Wednesday, 9 January 2019

Yet the 23-year-old Cape Cobras star chose to ignore that apparent warning … and on Friday he’s expected to make his Test debut against Pakistan at the Wanderers.

“I’ve heard a lot of stories from my parents,” Hamza said with a chuckle on Wednesday.

“There was one time when I was playing football inside the house and ended up covered in fish oil! When I was growing up, I always enjoyed ball sports.”

In fact, the former Rondebosch Boys High pupil didn’t think he’d be earning his bread and butter as a cricketer.

“I was definitely more into football. But as I grew up, I fell more in love with the red ball,” said Hamza.

It’s been a relatively quick rise for the right-hander, who also has national colours in hockey.

After scoring 828 first-class runs at a fine average of 69 last season, Hamza was picked for South Africa ‘A’ and wasted little time impressing on a difficult tour to India.

Test cricket was the logical next step.

However, in an irony of sorts, Hamza has been selected at a time where his form hasn’t been top notch.

While 329 runs at 36 is decent, those numbers were “saved” by a timely unbeaten 74 after he was called up.

Sceptics will be wary of his suitability to front up against a fine Pakistani bowling attack, but Hamza is – like his pre-school teacher – going to ignore the opinions of others.

“It was disappointing to miss out on the Mzansi Super League, but the month off gave me perspective. I focused on myself and my game,” he said.

“Yes, I haven’t started the season off well, but I don’t feel out of form. I still feel like I’m batting well and have a lot to offer.”