The local governing body hastily and controversially placed the Cape affiliate under administration by using a governance framework that's now labelled as having 'shortcomings'. Embattled Cricket South Africa (CSA) was dealt another embarrassing blow after it lost an arbitration case against the Western Province Cricket Association (WPCA) with costs.

Advocate Ginsburg SC on Tuesday afternoon ruled that the federation’s decision on 22 September to place the WPCA under administration was unlawful, specifically because “certain shortcomings in the CSA memorandum of incorporation” were “identified” and thus in actual fact limited its step-in rights.

“CSA has reviewed the arbitration award and respects the outcome and considering the award and abides by it,” the federation said in a statement on Wednesday morning.

To rub salt in the wound, CSA won’t challenge the ruling.

“CSA has no intention of subjecting this award to a judicial review. In his analysis, the arbitrator has identified certain shortcomings in the CSA MOI which CSA will address immediately with a view to ensuring that the governance framework remains robust, relevant and fit for purpose.”

The WPCA came over as distinctly triumphant following the ruling.

“The WPCA has been vindicated and affirmed by the arbitration ruling. The unlawful suspension of the WPCA Board has come at a great cost to the individual board members, all of whom have extensive corporate governance experience and a proven track record in contributing to Western Province cricket,” the affiliate said.

“The Board is of the view that the unlawful suspension by Cricket South Africa, which included the physical banning of Board members from Newlands Cricket Grounds, has been an example of serious over-reach by the national body into the affairs of the association and if allowed to go uncontested, would have set a bad precedent for governance in sports.”

The drama stems from construction at Newlands, related to Sanlam’s property development of the B field, which could be worth as much as R1 billion to the WPCA.

CSA’s official stance was that it was concerned about player and spectator safety, particularly with Cape Town hosting the New Year’s Test against England.

However, there’s consensus among various stakeholders that the root of the real beef is about money.

The project could be worth in excess of R800 million for the WPCA, which would go a long way to gaining financial independence away from CSA.

To that end, the affiliate needed to take out a R81 million loan from CSA, who – after allegedly realising it miscalculated the potetial return on investment – then decided to recall the financial assistance. 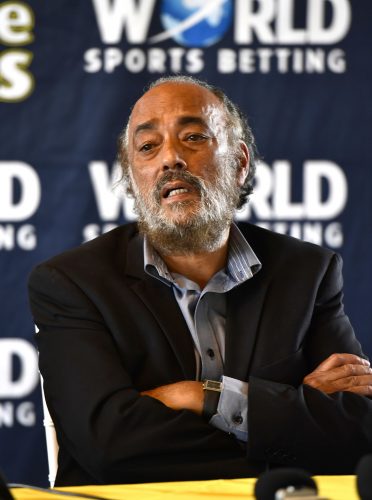 “The operations of the WPCA and cricket in general in the Western Province will remain uninterrupted. CSA sends its best wishes to the WPCA,” the statement added.

This is not the end of CSA’s legal woes.

It is currently also embroiled in a far bigger court action with the South African Cricketers’ Association (Saca), who oppose the governing body’s plan to restructure domestic cricket and want additional financial statements to gain a clearler picture of CSA’s projected loss of R654 million over the next four years.