The Lions entered the clash knowing that they had already qualified for the last four as group winners. 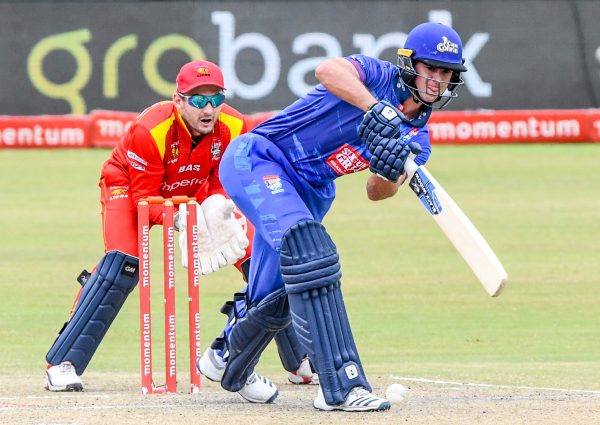 Cobras batsman Jono Bird hit a good half century to help his team get the better of the Lions in a One-Day Cup game on Friday. Picture: Getty Images

Half-centuries by Janneman Malan, Pieter Malan and Jonathan Bird followed by a career-best bowling return from Onke Nyaku helped the Cape Cobras finally end their winless start to the season by overcoming the Lions in their One-Day Cup encounter in Potchefstroom on Friday.

Batting first at Senwes Park, Ashwell Prince’s side amassed an imposing 284 for five in their 50 overs, before a strong performance with the ball saw them restrict their opponents to 208 all out – sealing a bonus-point victory by 76 runs.

It was a crucial result for the Cobras and the bonus point they gained from the victory ensured that Pool B will go right down to the wire and be decided when they meet the Warriors in what is now effectively a quarter-final on Saturday.

The Lions entered the clash, which is being hosted in a tournament bio-secure environment (BSE) in the North West town, knowing already that they had qualified for the last four as group winners.

But they were well below par from the outset as the Cobras piled on close to 300 after winning the toss and batting.

Proteas pair Janneman and Pieter put on an impressive 131 for the opening wicket with the former recording a top-score of 95 off 97 balls (12 fours) and the latter scoring a more patient 53 off 83 balls (4 fours).

Their partnership laid down a firm foundation for the rest of the line-up with captain Zubayr Hamza’s run-a-ball 40 and 50 off 47 balls (5 fours) ensuring that there was a strong finish too from the Cape side as they finally enjoyed a successful outing with the bat.

Bjorn Fortuin was the pick of the Lions’ bowlers with four for 42.

Wandile Gwavu’s side then failed to really find any momentum when they began the chase, with plenty of starts but no big enough scores.

But Nyaku, whose previous best figures were three for 39 for the Warriors against the Lions last year, nabbed four for 29, and together with Imran Manack (2/31), strangled the middle-order to suddenly leave the Lions on 131 for seven.

Bjorn Fortuin (39) and Eldred Hawken (37) did manage to ensure that their side was not completely embarrassed with a 69-run eighth wicket stand, but once that partnership was ended, the Cobras closed out victory.