Proteas T20 team: How Markram is adapting to the middle order

"It’s important that I develop a power game that I can go to earlier," said the regular opening batsman. 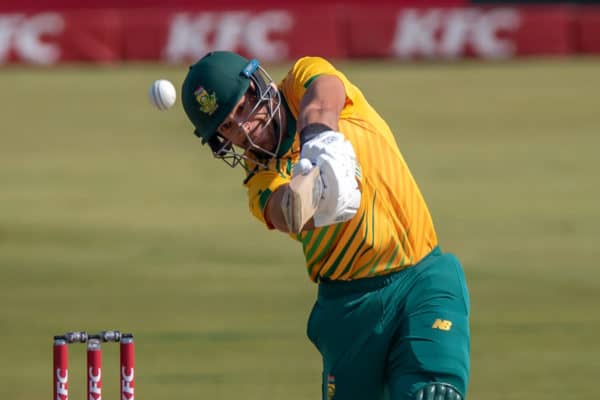 Aiden Markram of South Africa is learning about playing in the middle order in T20 cricket. Picture: Gordon Arons/Gallo Images

Where Aiden Markram should bat in South Africa’s T20 team, if he should be selected at all, is one of the biggest issues to solve for the Proteas ahead of the World Cup in the shortest format of the game in the United Arab Emirates in October.

When South Africa take on Ireland in the second T20 international in Belfast on Thursday evening, Markram is likely to once again bat at No 4, having top-scored there with 39 off 30 balls in the impressive victory in the first match in Dublin.

Why has this become an issue?

With captain Temba Bavuma probably best-suited to opening the batting in T20 cricket, Quinton de Kock in wonderful form up top and Janneman Malan showing he also belongs in the team, there is little space for either Markram or Reeza Hendricks in the top three.

But Markram has, albeit in just 10 innings, the best record of all of them (see stats box below). There has been a dearth of consistent finishers in the middle-order though, so moving Markram down the order has been mooted as a solution.

Does Markram need to change his game?

“I’m doing a lot of work on my power-hitting and being able to go to that without having faced a lot of balls,” Markram said on Wednesday.

“As an opener, you’re used to getting to that stage having spent quite a long time in the middle already. So it’s important that I develop a power game that I can go to earlier on, I’ve been training to be able to pull the trigger after maybe just a few balls in my innings.

“As a middle-order batsman, your roles change based on the situation, so I try to go in with a lot of intensity. In the nets I look for the boundary every ball, if that’s not on then get the one or get it into space for two; I need the confidence that if the ball is in my slot then I am able to get it away.”

Records of top-order candidates in T20s